Lawmakers currently have to submit a financial statement to the Knesset Ethics Committee after they're elected. The statement is kept confidential. 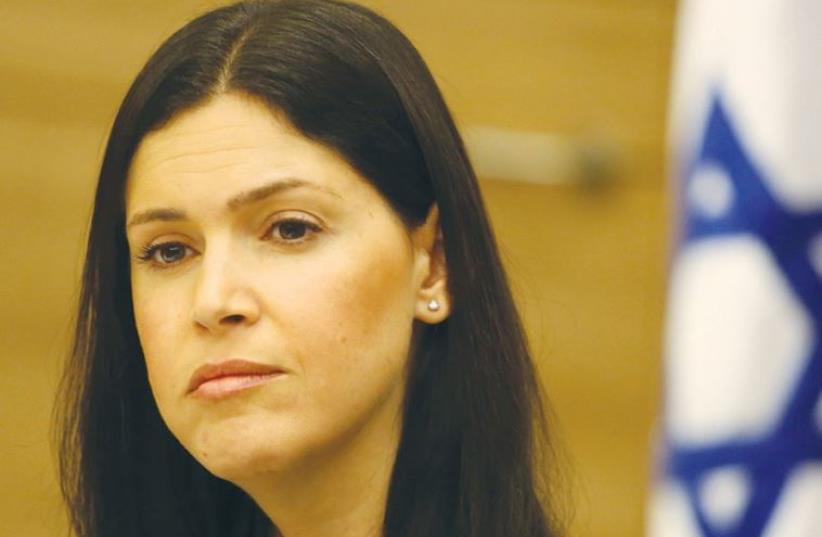 KARIN ELHARAR.
(photo credit: MARC ISRAEL SELLEM)
Advertisement
Lawmakers must declare their conflicts of interest, to ensure they are working for the public and not for personal or business goals, Knesset State Control Committee chairwoman Karin Elharar said on Wednesday.“MKs, and specifically committee chairmen, have a lot of power to pass laws, and we must make sure they are working in the public’s interest,” Elharar (Yesh Atid) said.MK Eyal Ben-Reuven (Zionist Union) said MKs “must be clean, and we must help them not stumble over obstacles that they did not know of in the first place, or ones they already knew about and thought they could overcome.”Lawmakers currently have to submit a financial statement to the Knesset Ethics Committee after they’re elected. The statement is kept confidential.Elharar called for the state comptroller to review the statements, to prevent corruption.Currently, only ministers and deputy ministers are required to submit financial statements to the comptroller at the beginning and end of their terms.For the comptroller to review MKs’ statements as well, a law would have to be passed, the comptroller’s chief of staff, Tzachi Saad, said.Knesset Legal Adviser Eyal Yinon explained that “MKs’ financial statements are not meant to reveal conflicts of interest; rather, they are meant to allow an investigation by law enforcement in case an MK illegally becomes rich during his term. They’re kept in a safe and revealed only with a warrant.”Yinon warned that conflicts of interest are “a minefield” for MKs, who are meant to be representatives of different groups in the public, such as residents of the periphery or kibbutzim, and ran for office in order to promote their interests.In addition, he explained, unlike in ministries, decisions in the Knesset are not made by one person.The state comptroller, Yinon said, may review the way the Knesset is run but not the MKs themselves, as he is voted in by the lawmakers.Instead of Elharar’s proposal, Yinon suggested that the Ethics Committee discuss the way it deals with MKs’ conflicts of interests and whether it could be more active on the issue.Limor Deutsch, a representative of Lobby 99, an organization aiming to be the public’s lobbyists, suggested that Yinon be the one to check financial statements for conflicts of interest.“You must review the statements at the beginning and end of a term to ensure that there is no unreasonable increase in wealth,” she said. “That will increase the deterrence and make it easier for MKs to understand in advance what they need to watch out for.”