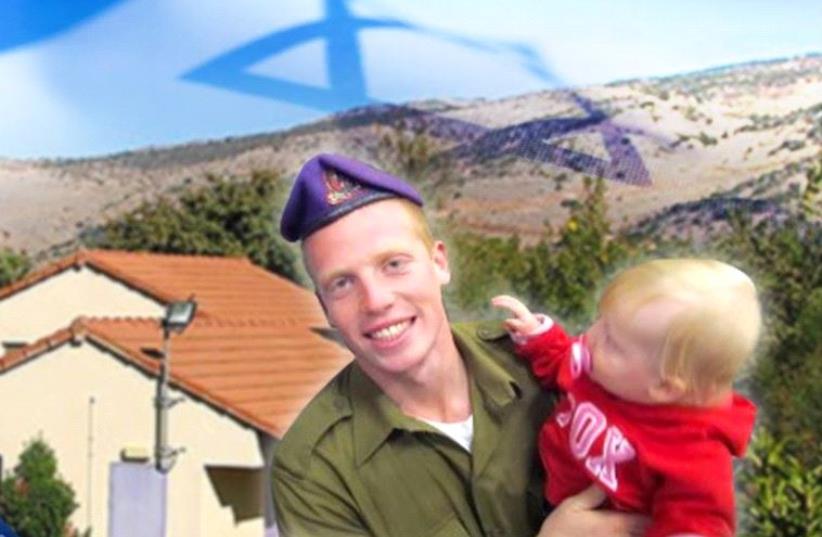 Yehuda Ha’Israeli
(photo credit: COURTESY/MYISRAEL)
Advertisement
Soldiers wounded while risking their lives to defend the country should get help in their rehabilitation no matter where they live, MKs said at a Knesset Foreign Affairs and Defense Committee meeting Thursday about Yehuda Haisraeli, a soldier severely wounded in 2014’s Operation Protective Edge.Haisraeli has been unable to return to his parents’ home in Ofra, in Samaria, despite doctors’ recommendations that he do so, because his family is unable to get a building permit to add a ground-level unit to the house for him to live in.Without a building permit, the Defense Ministry will not pay for the family to build the unit – but it is in the Defense Ministry’s authority to give such permits for construction in the West Bank. A crowdfunding page launched by the right-wing NGO My Israel on Friday to help make Haisraeli’s home accessible raised over NIS 1.4 million, which is more than twice the sum necessary, but the permit is still lacking.MK Amir Ohana (Likud), who initiated the meeting, said the crowdfunding was “heartwarming,” but said the government, specifically the Defense Ministry, is not doing its job.“Yehuda is still with us, but we could have lost him. After he endangered his life for us, we must do all we can so he lives his life the best way he can. The Defense Ministry is confused. It must take care of this matter as urgently as possible,” Ohana stated.Haisraeli’s mother, Iris, said: “I love my country, but the answers we’re getting are absurd. I sent my son to the army and didn’t check what would happen if he was hurt. We’re not mad at the people of Israel, even though he was wounded by “friendly” fire, but we cannot remain quiet about the fact that he can’t return home.”Defense Ministry legal adviser Ahaz Ben-Ari said that while Haisraeli’s story is touching, it creates a difficult dilemma.“The Defense Ministry, in an exceptional case, is willing to fund a home for Yehuda in his parents’ yard in Ofra and help with funding beyond what is given in similar cases. To do so, it would have to be brought before an ex gratia committee. The committee couldn’t discuss the case, because there is no building permit... The Defense Ministry wants to fund the construction, instead of the public... but it can’t fulfill its responsibility without getting a building permit,” Ben-Ari said.Defense Ministry director- general Moshe Tsin promised that the ministry is working on interim solutions for Haisraeli.Avi Roeh, head of the Binyamin Regional Council, said the government built 1,000 homes in Ofra without an authorized building plan, and that building permits cannot be given without having such a plan.“Soldiers aren’t asked where they live before they’re sent to battle,” he said. “We have a cemetery in Ofra where they can be buried, but we can’t build.”Foreign Affairs and Defense Committee chairman Avi Dichter (Likud) called the situation an “unprecedented paradox.”“How can it be that all the soldiers from Ashkelon are taken care of with no problems, but the soldiers from Judea and Samaria face a hopeless situation? Absurd is an understatement,” Dichter said.MK Eyal Ben Reuven (Zionist Union) said that, while he disagrees with the other MKs present, all of whom were from the Likud and Bayit Yehudi, on the matter of construction in the West Bank, in this case, he agrees with them.“IDF soldiers are above that debate... They are all the same.If an immediate solution is prevented, it creates a difference between soldiers. The government must make this a priority and find a solution,” he stated.Dichter closed the meeting and said the committee’s position is that the Defense Ministry must allow Haisraeli to return home “no matter what,” and that he will call another meeting next month, at which he expects to hear a solution has been found.