Municipalities threaten to strike Thursday over lack of funds

Should "immediate steps" not be taken in accordance with budgetary demands, all municipal services – including waste collection and welfare services – will go on strike from 6:00 a.m. on Thursday. 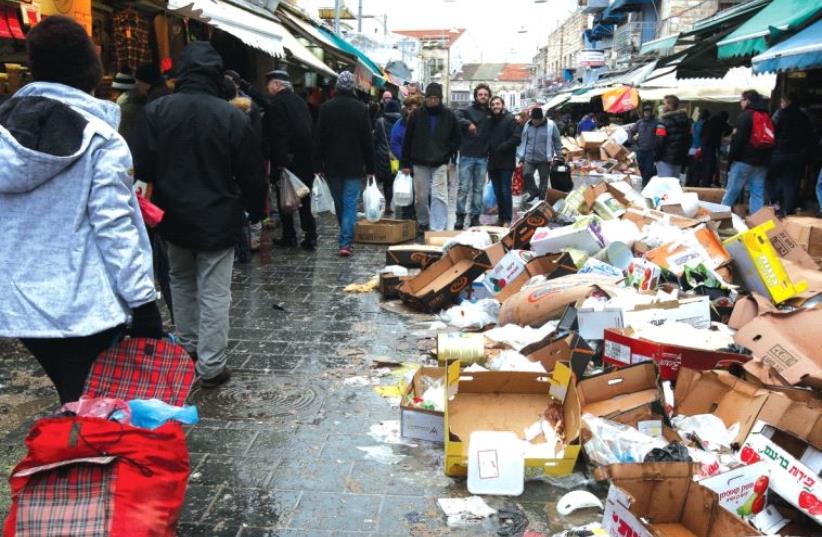 Garbage in Jerusalem
(photo credit: MARC ISRAEL SELLEM)
Advertisement
More than 150 mayors and local council heads have threatened widespread strike action on Thursday, unless government payments worth billions of shekels are immediately guaranteed for educational institutions and other municipal services.In a letter sent to Prime Minister Benjamin Netanyahu and all Knesset members on Sunday, municipal leaders said they refused “to sit idly by in the face of decisions that will lead to the collapse of basic services for residents in the absence of a functioning government.”Should “immediate steps” not be taken in accordance with budgetary demands, all municipal services – including waste collection and welfare services – will go on strike from 6:00 a.m. on Thursday.Signatories to the letter include Tel Aviv Mayor Ron Huldai, Beersheba Mayor Ruvik Danilovich and Haifa Mayor Einat Kalisch-Rotem. Jerusalem Mayor Moshe Lion was not among those who signed the letter.In the education sector, municipal leaders said a budget deficit of NIS 1.2 billion – necessary for the construction of 1,200 additional classrooms every year – jeopardized their ability to commence the next academic year as scheduled. They also accused the Education Ministry for delaying significant funds for local authority operations, including school transportation services, building renovations and transportation supervision.The municipalities also cited Interior Ministry cuts worth NIS 300m. in 190 local authorities, which they said threaten their ability to provide necessary services, and the cancellation of after-school activities in the northern periphery.In addition, the municipal leaders called for the implementation of an already-approved economic development plan for towns in the North worth NIS 600m., and an immediate decision regarding the continuation of a five-year plan to boost the Arab, Bedouin and Druze sectors.“Local government is united around this important goal: continuing to provide our residents with the best services possible,” said Haim Bibas, mayor of Modi’in-Maccabim-Reut and chairman of the Federation of Local Authorities in Israel. “I congratulate the hundreds of local authority leaders who signed the letter, and thank them for their strong partnership. All of us together, small and large, are leading an important fight right now for our residents, in the absence of action from central government.”