Negev: Kidnappers held man for 230k ransom, threatened to dump him in Egypt

Police are currently looking for two other suspects believed to be connected to the kidnapping. 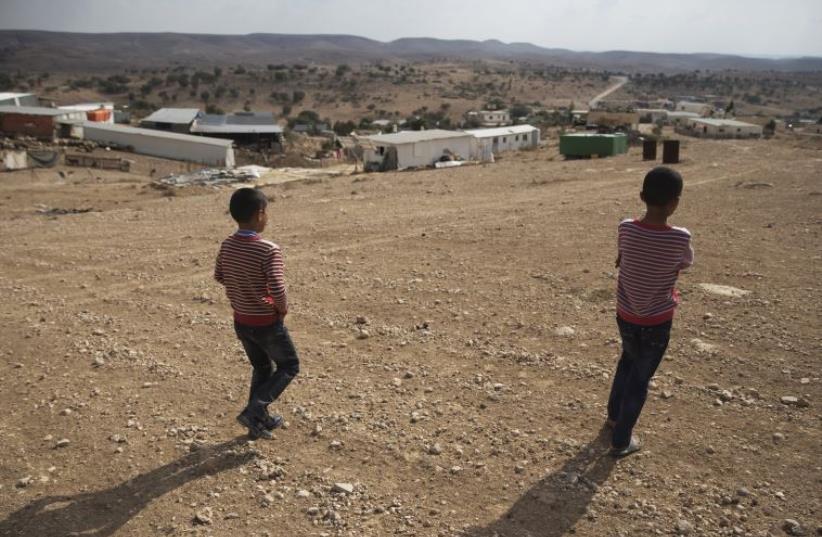 Bedouin boys walk towards a village in southern Israel's Negev desert
(photo credit: REUTERS)
Advertisement
Criminals held a man from the Beduin town of Segev Shalom for four days in June, threating to “dump” him in Egypt unless his family paid NIS 230,000, Negev police said Wednesday, as the state prepared to indict two suspects in the affair.The case was under a gag order until Wednesday, when police revealed that on June 24 they received a call from a man saying his brother had been kidnapped and that those holding him were demanding a ransom, and that if it was not paid, the victim would be handed over to associates in Egypt and “disappear.”Two days later, police found the house where he was being held in the Beduin village of Bir Hadaj, south of Beersheba.After police located the man, a middleman entered the village to negotiate his release.The police relayed through the middleman that if the man was not released without incident, a large contingent of police would be sent in to remove him by force.The abducted man was set free in an open area outside the village, police said Wednesday.At first, while recounting his story to the police, the victim denied being kidnapped, saying that he’d lost his way in the desert and was without a telephone and unable to call his family.He eventually admitted that on the day he disappeared an acquaintance came to his house telling him about a possible job. The victim had climbed into the acquaintance’s car, expecting to be taken to the work site. Instead, the acquaintance stopped at a cemetery in Segev Shalom (aka Shaqib al-Salam), southeast of Beersheba, where three masked men jumped out of a jeep, stuck a pistol to the victim’s head, forced him into a car, and drove him to Bir Hadaj.There, the kidnappers told him he was being held for ransom because he had stolen drugs from someone linked to them and owed them money.Police are looking for two other suspects believed to be connected to the kidnapping.