Does the timing of the prime minister's trip to Latin America work a little too well in his favor?

By HERB KEINON
SEPTEMBER 12, 2017 08:38
Benjamin and Sara Netanyahu in Argentina
(photo credit: AVI OHAYON - GPO)
Advertisement
BUENOS AIRES – The manner in which Prime Minister Benjamin Netanyahu met the press on the tarmac at Ben-Gurion Airport before boarding his plane with his wife, Sara, late Sunday evening on the way to a 10-day visit to Latin America and New York seems to have set the overall tone of the trip.Netanyahu wanted to focus on the historic nature of this the first visit by a sitting Israeli prime minister to Latin America; the press wanted to ask Sara about the possible indictment against her.Netanyahu wanted to focus on the speech he will be giving next week at the UN General Assembly in New York and yet another meeting (his third this year) with US President Donald Trump; the press was interested in his thoughts about his son Yair’s controversial Facebook post about George Soros and Ehud Barak.The prime minister, as he did earlier in the day before the weekly cabinet meeting, deflected this line of questioning by saying, “This is not a press conference.”As the police investigations into a number of “affairs” involving Netanyahu and some of his close associates continue to mount, this trip to Argentina, Colombia, Mexico and the US affords him the opportunity to shift the focus – at least for a week – on his strengths: upgrading Israel’s diplomatic relations with numerous countries around the world and highlighting his strong relationship with Trump. 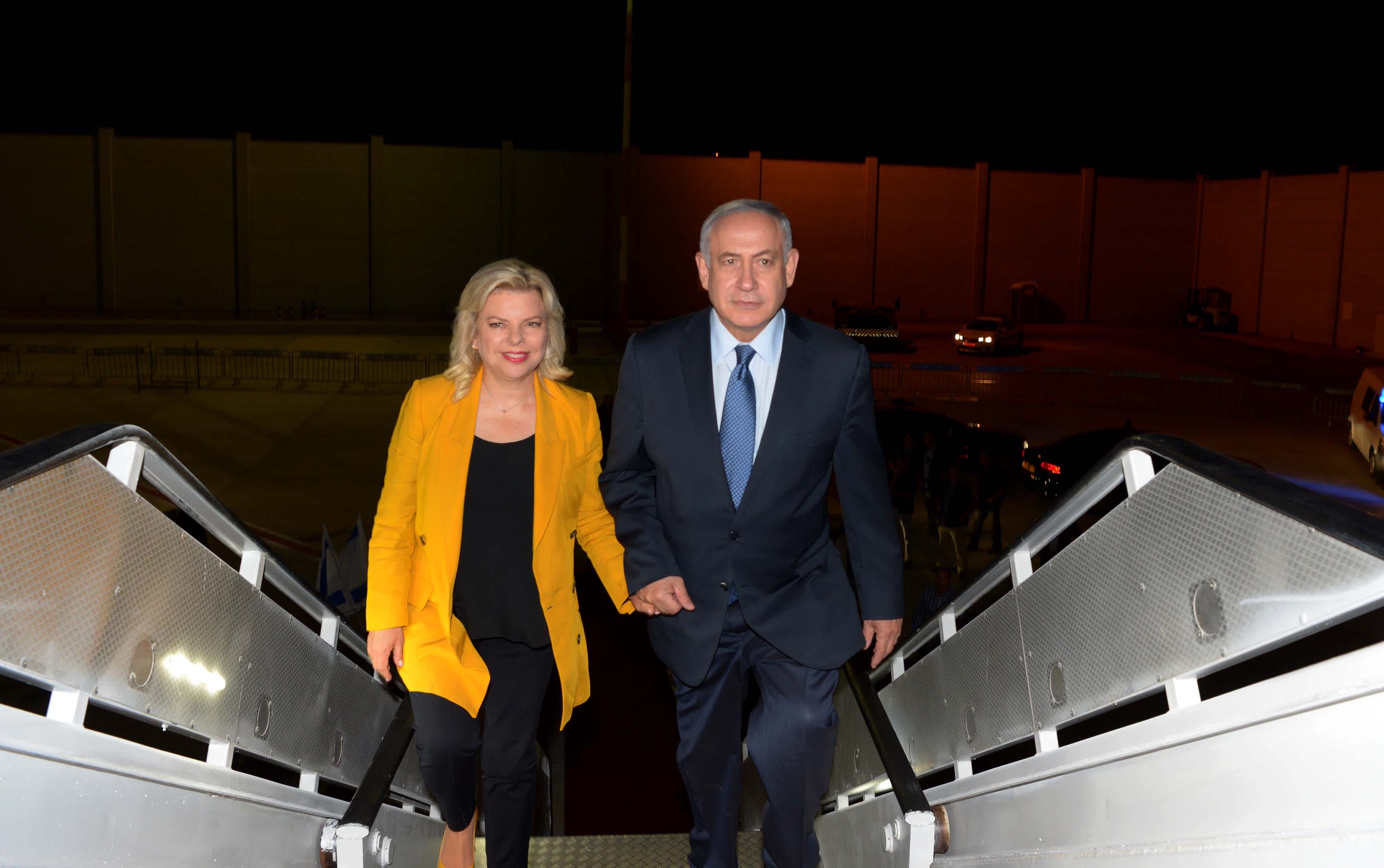 Prime Minister Benjamin Netanyahu and his wife, Sara Netanyahu en route to South America, September 10, 2017. (Avi Ohayon/GPO)“I look forward to my meeting with President Trump, my friend, in New York,” he said.This is where Netanyahu wants the media focus, and over the next 10-days he will work to generate diplomatic news – doing what he does best: meeting statesmen, delivering speeches in which he articulately defends Israel. This is what he wants the Israeli public to see and to remember.Cynics will say that this trip is a low-grade version of US President Richard Nixon’s historic visit to Israel and Saudi Arabia in 1974 as Watergate swirled around him. They will say this trip is little more than an exercise in diverting attention: moving the focus off the premier’s domestic problems and onto his strengths. But that is a woeful over-simplification.Netanyahu has gone to address the UN every year but one since becoming prime minister for the second time in 2009. And this trip to Latin America has been in the works for months, following up on other ground-breaking trips he has made over the last two years to Africa, Asia and Australia.No, the purpose of this trip is not to divert attention. Nevertheless, if that is one of its outcomes, Netanyahu will return home smiling broadly. With his domestic woes mounting, the prime minister’s problem is that this trip cannot continue even longer.