Netanyahu and Weber spoke about diplomatic and security issues pertaining to Israel and Europe. 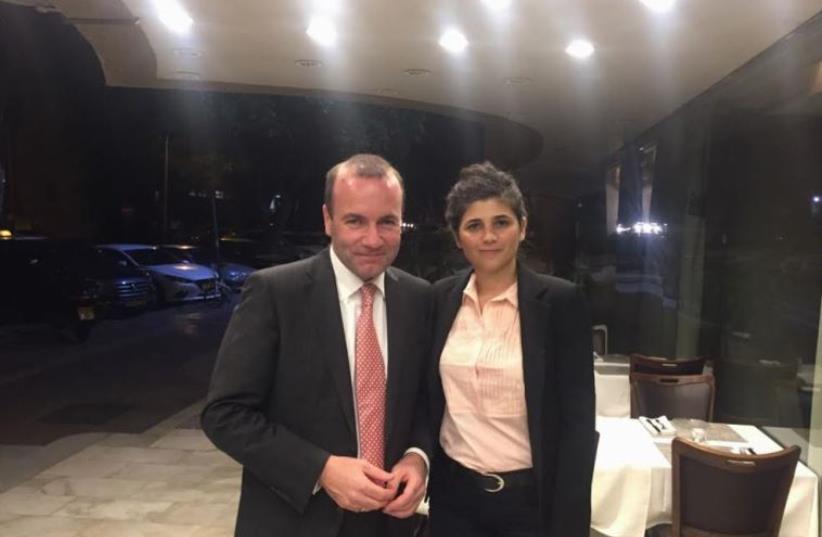 MK Sharren Haskel meets with the European People's Party Group, Manfred Weber
(photo credit: SHARREN HASKEL)
Advertisement
Prime Minister Benjamin Netanyahu met over the weekend with Manfred Weber, the chairman of the European People's Party group, which with 216 members of the European Parliament is the largest party in the European Parliament and has been since 1999. Netanyahu and Weber spoke about diplomatic and security issues pertaining to Israel and Europe. Weber also met with a Likud delegation led by MK Sharren Haskel and party deputy director-general Eli Hazan and discussed the possibility of becoming sister parties. Haskel said she agreed with Weber that the parties would continue cooperating on a variety of issues.