41st president dies at 94 - Former envoy to US recalls challenges in relationship with Israel. 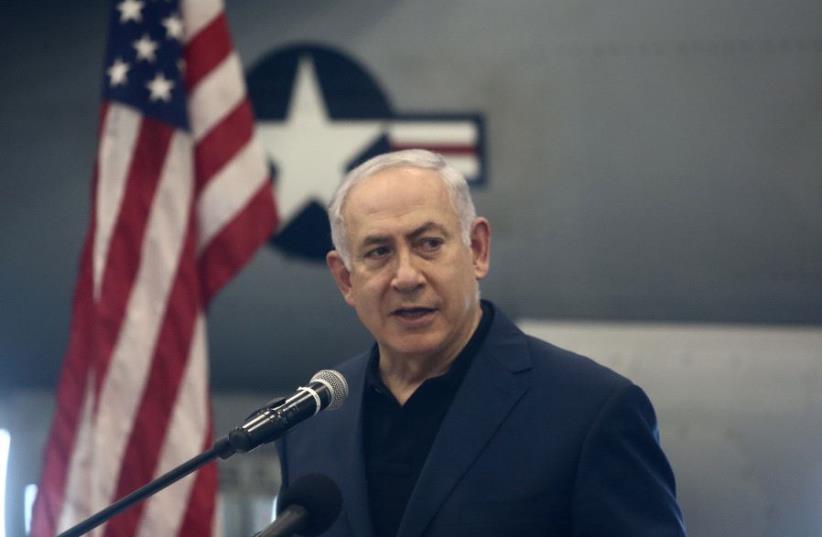 Prime Minister Benjamin Netanyahu aboard the USS George H.W. Bush docked in northern Israel's Haifa Port, July 3, 2017
(photo credit: MARC ISRAEL SELLEM/THE JERUSALEM POST)
Advertisement
Politicians across Israel’s political spectrum praised former US president George H.W. Bush, who died Friday in Houston at the age of 94.“Israel will always remember former president George H.W. Bush for his commitment to Israel’s security, his important contribution to the liberation of Soviet Jewry, and his efforts to achieve peace in the Middle East at the Madrid Conference,” said Prime Minister Benjamin Netanyahu, who represented Israel at the conference.Netanyahu sent “heartfelt condolences to the Bush family and the American people on the passing of a great American patriot.” He said Bush’s “leadership at the end of the Cold War helped steer the world to a peaceful transition and the spread of democracy.”President Reuven Rivlin called Bush “an American hero” and said he knew to distinguish between good and evil, and how to build strong regional coalitions against cruel tyrants.“He led his country with skill and wisdom at the end of the Cold War,” Rivlin said. “Under his leadership, our strategic relationship evolved into the strongest of alliances. The Jewish people will always remember his help in bringing the Jews of Ethiopia to Israel and his determination to ensure the Arab world recognize our right to exist in peace and security.”Former ambassador to the US Zalman Shoval, who worked with Bush intensely during the second part of his presidency, said that he “was a gentleman and a nice guy,” but recalled the challenges in his relationship with Israel.There were contentious debates between Israel and the Bush administration over loan guarantees for absorbing a million immigrants from the former Soviet Union. Shoval said Bush’s insistence on linking the aid Israel needed to stopping building across the Green Line influenced the 1992 election in which Yitzhak Rabin defeated incumbent prime minister Yitzhak Shamir.“The relationship between Bush the WASP and Shamir the underground freedom fighter, who lost most of his family in the Holocaust, was complicated,” Shoval said. “They didn’t hit it off. Bush took it personally when Jews across the spectrum organized to request American aid for immigration and didn’t accept him conditioning it on politics. It was impossible to move the administration until after the change of government in Israel, when I worked out a compromise with little compromise on our part.”Knesset Speaker Yuli Edelstein thanked Bush for helping Soviet Jews immigrate to Israel, crediting the president with helping him personally leave the Soviet Union.Yesh Atid leader Yair Lapid said Bush “served his country his entire life.”“We should all be inspired by his dedication to the United States and commitment to the values it represents,” Lapid said.Zionist Union MK Amir Peretz, a former defense minister, praised the former president for “taking steps to fortify Israeli security during the Gulf War and initiating the peace process in Madrid.”Herb Keinon contributed to this report.