This is not the first time that the Netanyahu family's dog has made the news. 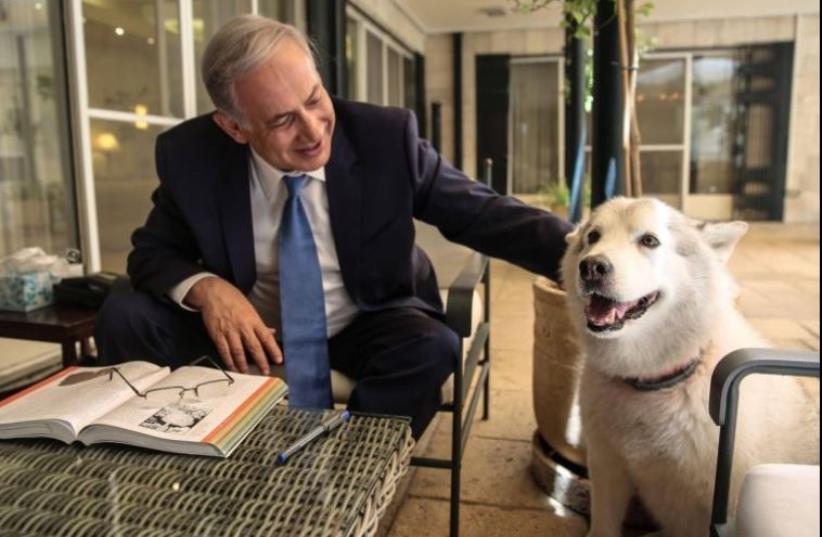 Prime Minister Benjamin Netanyahu with his dog, Kaiya.
(photo credit: FACEBOOK)
Advertisement
Social media has been awash with outrage over the weekend after an Israeli Facebook user published a story about Israeli Prime Minister Benjamin Netanyahu's son Yair and his failure to pick up the Netanyahu family dog's waste.According to a Facebook post by Talila Amitai, one of the Netanyahu family's neighbors, Yair Netanyahu took the family dog Kaiya for a walk in one of the local dog parks but failed to pick up her waste. Amitai wrote that when she pointed this out to the Israeli leader's son, who was accompanied by a bodyguard at the time, he stuck up his middle finger towards her in response.The post, which is written in Hebrew and has been shared over 3,000 times on Facebook, includes photos of the dog's waste and Yair Netanyahu walking away from Amitai. 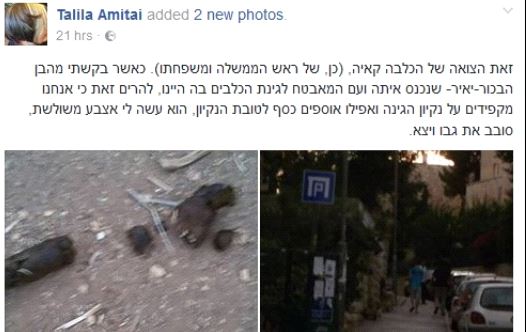 Facebook post written by the Netanyahu family's neighbor Talila Amitai (Facebook)This is not the first time that the Netanyahu family's dog has made the news. At a Hannukah party at the prime minister's residence in 2015, Kaiya bit Likud MK Sharon Haskel and the husband of Deputy Foreign Minister Tzipi Hotovely. The two required medical attention and Netanyahu apologized for the incident. 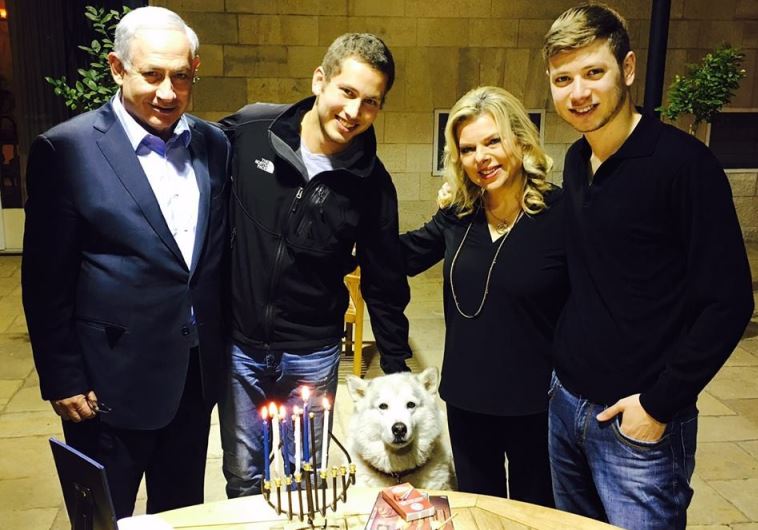 The Netanyahu family alongside Kaiya, pictured shortly before the biting incident at the prime minister's residence, December 2015 (Facebook)Yair Netanyahu responded to the Facebook post on Saturday afternoon, launching a scathing criticism of the neighbor but failed to deny his alleged hand gesture."We are speaking about a woman who regularly - every time she sees Yair or another family member walking with Kaiya - approaches them without reason, intimidates, offends and acts aggressively towards them without any interaction from the other side," said a statement issued on behalf of Netanyahu's son."Yair does not know if Kaiya did defecate as the woman alleges or not, as he was occupied with a telephone call when the woman approached him aggressively in her usual way. In light of previous bad experiences with her, Yair immediately left the area," concluded the statement.