Attorney David Shimron, who is Netanyahu’s personal lawyer and distant relative, was released to house arrest on Monday and questioned a second time on Tuesday. 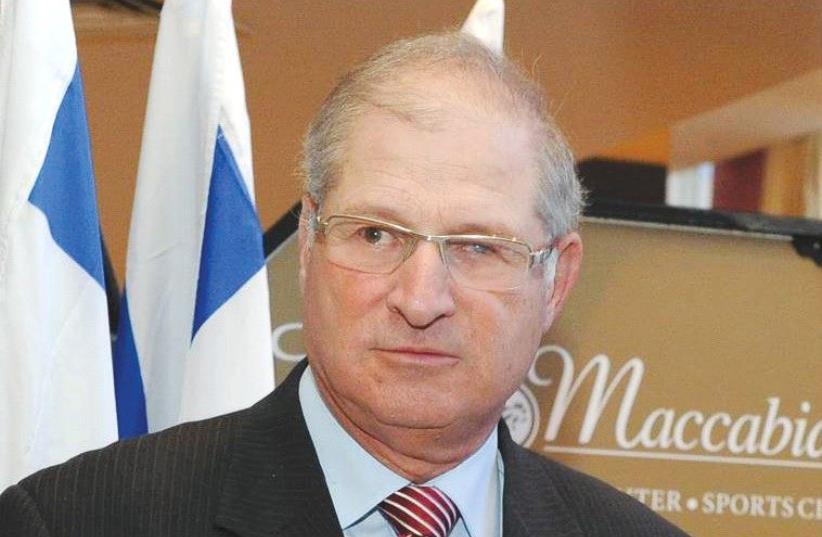 DAVID SHIMRON
(photo credit: REUVEN CASTRO)
Advertisement
Police detained a close associate of Prime Minister Benjamin Netanyahu on Monday for questioning in the ongoing investigation of contracts to acquire three additional German- made submarines and ships, termed Case 3000, it was released for publication on Wednesday.David Shimron, Netanyahu’s personal lawyer and distant relative, was released to three days of house arrest on Monday and questioned a second time on Tuesday. According to The Jerusalem Post’s sister paper Maariv, Shimron was also forbidden to contact the prime minister.Questions over the submarine deal surfaced in November, with a Channel 10 report that Shimron worked as an intermediary for Miki Ganor, the Israel representative of German shipbuilder Thyssen- Krupp. Shimron is reportedly suspected of pushing the purchase of submarines worth some $1.5 billion from the company over the objections of the defense establishment, including then-defense minister Moshe Ya’alon.On Wednesday, head of the Yesh Atid Party and former finance minister Yair Lapid said he gave testimony this week to police in the case. As finance minister, Lapid was responsible for negotiating with Germany to acquire the submarines, but said he was unaware that Netanyahu’s personal lawyer was involved in the deal that was contracted by ThyssenKurpp.“This is the biggest episode of corruption in the history of the state,” Lapid said in an interview on Channel 2.Shimron was detained on Monday along with six other suspects, including former deputy head of the National Security Council, retired Brig.-Gen. Avriel Bar-Yosef; Ganor; and attorney Ronen Shemer, who works with Ganor. Shemer’s remand was extended for five days in the Rishon Lezion Magistrate’s Court on Wednesday.Police said Shimron was detained along with the six other suspects on suspicion of bribery, fraud, money laundering and tax offenses. 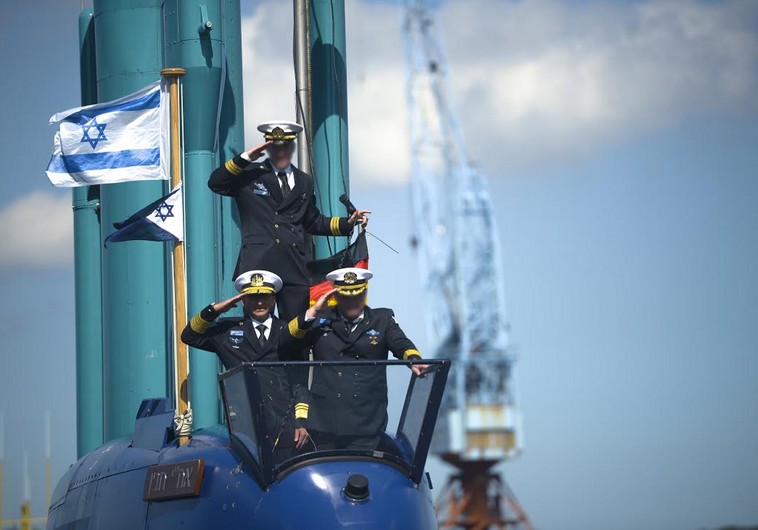 An Israeli submarine en route to the navy's Haifa base from Germany (IDF SPOKESMAN'S OFFICE)
Shimron has previously denied any wrongdoing in the case. Netanyahu, who is not a suspect in the case, has denied any involvement in the ThyssenKrupp deal.“The security of Israel requires the acquisition of submarines and the renewal of the submarine fleet,” Netanyahu said in November.The submarines were intended to protect Israel’s offshore natural gas fields in the Mediterranean.Police also detained former Navy commanding officer V.-Adm. (res.) Eliezer Marom on Tuesday. Marom, who has been chairman of the Airports Authority since 2015, was questioned as a suspect at the offices of the Lahav 433 National Crime Unit in Lod, beginning early Tuesday morning and was released to house arrest that night.Marom is suspected of receiving bribe money from Ganor, Channel 2 reported.Marom commanded the navy from 2007 until 2011.Attorney Nati Simchony, who represents Marom, said his client denies all allegations against him.According to a Channel 2 report on Monday, police will summon Netanyahu for questioning and ask him to explain why he decided to appoint Bar-Yosef as head of the National Security Council in February 2016, despite suspicions that Bar-Yosef worked with German businessmen, a conflict of interest. Bar-Yosef later withdrew his candidacy for the post.Attorney Jack Chen, who represents Bar-Yosef, told the Post on Monday, “After facing an investigation by the media, Avriel Bar-Yosef was happy to finally be given the opportunity to answer any questions and refute the allegations with the relevant officials.”In February, Attorney-General Avichai Mandelblit authorized a full-blown criminal investigation into the submarine affair, saying police had gathered enough evidence to raise suspicions “that some of those involved in the affair committed crimes of public corruption.”In June, Der Spiegel reported that the German National Security Council approved the purchase by Israel– subsidized by Berlin – of the three submarines. However, the contract reportedly includes a clause giving Berlin the right to cancel the deal if any improprieties or criminal offenses are proven as a result of the current police investigation.