Over a week after teething problems, Defense Ministry appears to have stabilized Ofek 11 satellite. 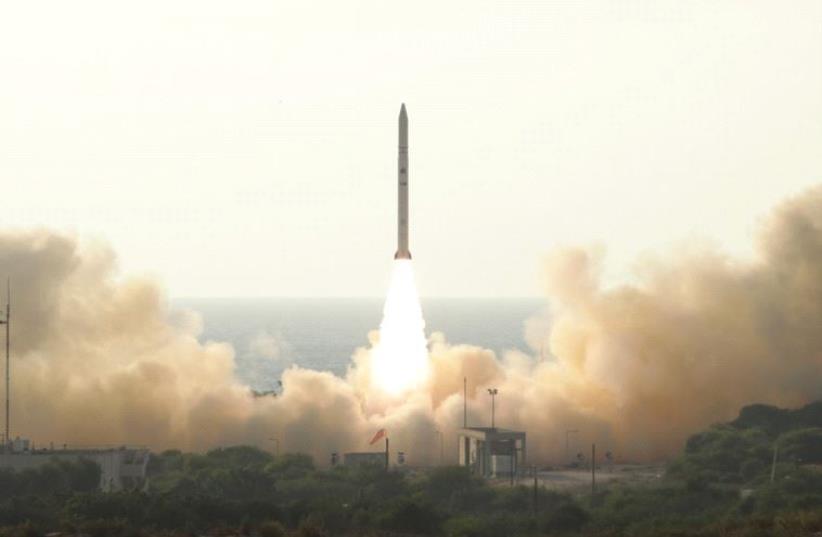 The launch of the Ofek 11 spy satellite
(photo credit: Courtesy)
Advertisement
More than a week after it was launched and ran into serious technical difficulties, the Ofek- 11 spy satellites began sending “great images” back to the ground control station, the Defense Ministry announced on Thursday evening.Amnon Harari, head of the Space Administration in the Defense Ministry, and Ofer Doron, head of Israel Aerospace Industry’s MBT Space Division, said the satellite’s transponder and image broadcasting system began kicking in on Thursday, and that ground control officials were now seeing “operational results.”The IAI-made satellite was launched on September 13, and ran into unspecified difficulties after going into orbit.Harari and Doron said the images they were now receiving “are what we hoped for,” though they declined to provide further details on the overall health of the satellite.Since the launch, engineers have been working to stabilize the satellite and its on board systems, the Defense Ministry and IAI said in a joint statement.The teams systematically checked all of its systems from the moment of launch, and maintained continuous communication and control with it.Ofek-11 launched from Palmahim Air Base south of Rishon Lezion near last week.Soon after its launch, officials said, “it’s not yet clear if all on board systems are working,” adding, “There are a number of things that are worrying us.”Ofek-11 is part of the Ofek series of satellites, and is Israel’s sixth active spy satellite.The troubled launch came after Amos-6, an Israeli civilian communications satellite, was lost when its Falcon-9 launcher, made by SpaceX, blew up at the launch pad at Cape Canaveral in Florida on September 1.Two years ago, the Defense Ministry and IAI launched Ofek-10 successfully into space on board a Shavi launch vehicle.Ofek -0 carries a SAR (Synthetic aperture radar), which has advanced day and night imaging capabilities.