Until now, the civil administration had the sole authority to remove unauthorized modular homes and structures within 60 days of their construction. 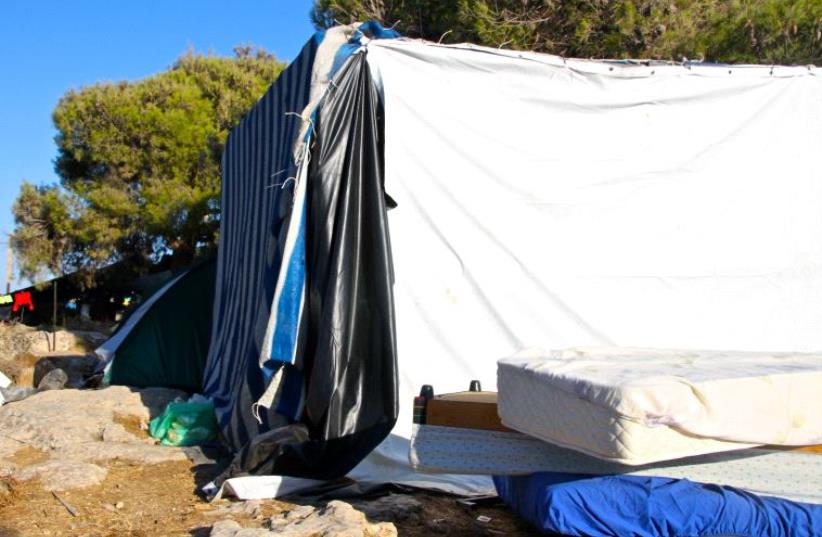 Israeli settlement of Mitzpe Avihai
(photo credit: TOVAH LAZAROFF)
Advertisement
A new procedure set in place on Tuesday will make it harder for the civil administration to remove illegal settler structures.Until now, the civil administration had the sole authority to remove unauthorized modular homes and structures within 60 days of their construction.Oversight with regard to the issue of immediately removing illegal settler buildings was done through the office of the defense minister.For the last decade, the civil administration has often moved fairly quickly to remove new illegal settler construction within those first 60 days.The procedure has now been changed, with Defense Minister Avigdor Liberman (Yisrael Beytenu) handing the purview of such activity over to the Deputy Defense Minister Eli Ben-Dahan (Bayit Yehudi).News of the change in procedures was reported by Dahan. Liberman's office did not respond to queries on the matter.Ben-Dahan has spoken out against such demolitions, and it is expected that his involvement in the matter will slow down the rate of the demolitions.On Tuesday, Ben-Dahan wrote a letter to the office of the Coordinator of Government Activities in the Territories to explain the new regulations, and to underscore that he must approve such activity before it occurs.He issued his directive after the civil administration destroyed an encampment of some 10 families on an otherwise empty hilltop in the Kiryat Arba settlement.The families began living in tents there after a Palestinian terrorist infiltrated the settlement and killed 13-year-old Hallel Yaffa Ariel while she slept in her bed.In Hallel’s name, the families called on the government to build a new neighborhood of 292 homes on that hilltop.On Tuesday, Hallel’s father, Amihai, who has supported Mitzpe Avihai, tried to head there during the demolition, but his path was barred by Border Police.He charged that such demolitions give terrorists incentive to carry out further attacks.“The more such homes are destroyed, the more Jews will be killed,” he said. Only new construction can prevent further attacks Amihai said, as he called on the government to authorize a new neighborhood on that hilltop.On Monday, the civil administration confiscated a small modular home in the Esh Kodesh outpost.The Knesset Land of Israel Caucus, led by MK Yoav Kisch (Likud) and MK Bezalel Smotrich (Bayit Yehudi), welcome the new procedure set in place by Ben-Dahan on Tuesday, and called on the government to authorize both the new neighborhood and the Esh Kodesh outpost.