Hodedtov’s mother and sister are currently observing the seven-day period of mourning on 77 Pinsker Street, Petah Tikva until Sunday. 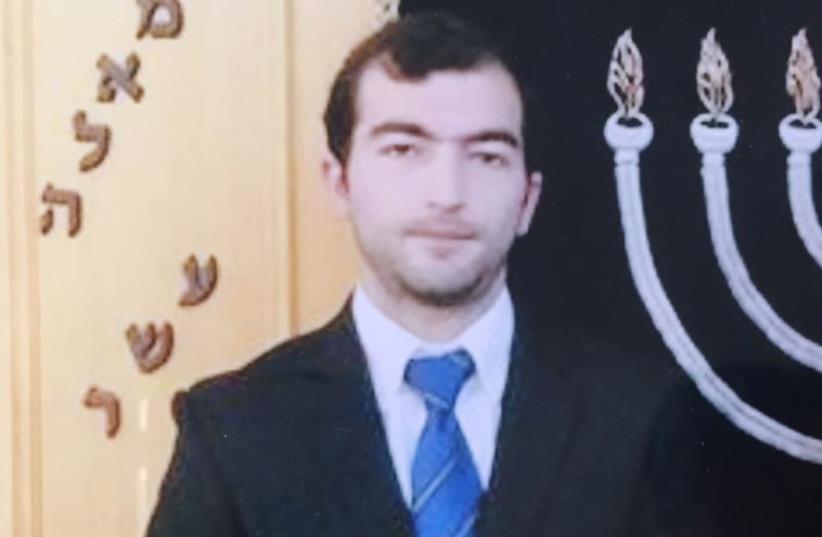 Simcha Chodatov
(photo credit: Courtesy)
Advertisement
The mother and sister of Simcha Hodedtov, who was killed last week in a misunderstanding by two soldiers and a security guard who misidentified him as a terrorist, have almost no visitors to their mourning house in Petah Tikva an NGO close to the family has said.
Jewish man mistaken for terrorist killed after reaching for soldier’s gun in Jerusalem‏
Hodedtov immigrated to Israel from the Russian federal republic of Dagestan in the Caucuses, while his mother and sister have been in the country only for a short period of time.The NGO which established the Netzah Yehudah IDF battalion for haredi soldiers in which Hodedtov served issued a call to the Israeli public on Wednesday to pay their respects to Hodedtov’s family in light of the lack of comforters for his mother and sister. “The mother who came to Israel only a few weeks ago, and the sister who is in the preliminary stages of applying for citizenship are sitting shiva alone at their home with almost no comforters,” said Maj.-Gen (Res.) Yonatan Baranski, the director of the Netzach Yehudah NGO. “They, like us all, don’t understand what happened to Simcha and how and to where they continue from here,” he added. “The family is in mourning and in great shock… We will give Simcha’s family all the help and support they need… It is important at this time to embrace all those who lost loved ones and to help them, especially when dealing with new immigrants.” Hodedtov immigrated to Israel ten years ago and studied in the Dvar Yerushalayim yeshiva in Jerusalem’s Har Nof neighborhood. He subsequently enlisted in the IDF and served as a combat soldier in the Netzah Yehudah battalion. After his military service he began work as a security guard at a kindergarten in Jerusalem and was still working in this position when he was killed last Wednesday night. Hodedtov’s mother and sister are currently observing the seven-day period of mourning on 77 Pinsker Street, Petah Tikva until Sunday.