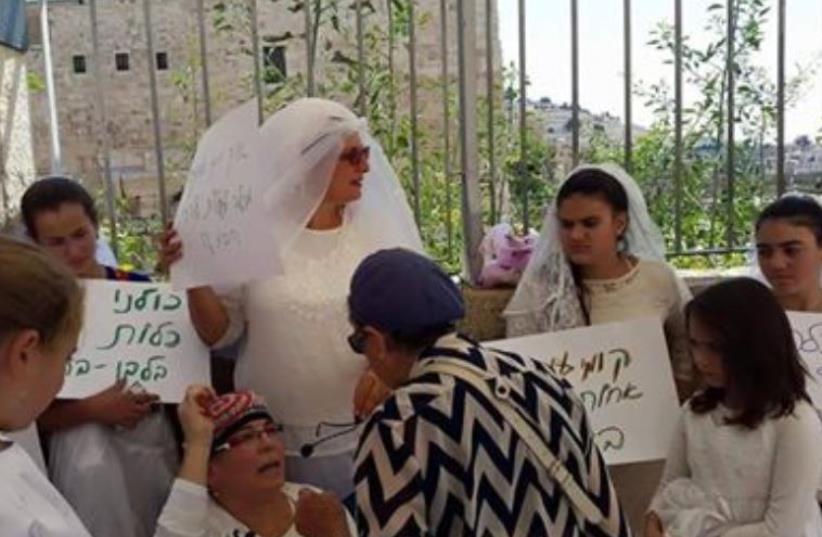 Protestesters dress as brides after police refuse to let Jewish bride pray on Temple Mount‏‏.
(photo credit: HONENU)
Advertisement
Amid a backdrop of heightened tension on the Temple Mount, a legal aid organization claimed that a woman was arrested at the contested holy site on Thursday morning – her wedding day – for reciting a Jewish prayer.According to the Honenu organization, the bride was removed from the site and released two hours later after being interrogated by police.Honenu attorney Rehavia Pilz, who helped expedite the woman’s release, said officers accused her of murmuring a prayer, which is forbidden by the High Court because police consider it a disturbance to the public order.“It’s very sad that police stopped her on her wedding day for the grave sin of praying softly, while ignoring the numerous violations of the law of the Muslims on the Temple Mount,” she said, noting that Muslim visitors acted out violently, with apparent immunity, while the woman was detained.However, police spokeswoman Luba Samri said on Thursday that while a woman was indeed arrested for praying there, she was not a bride.“It was a regular woman who prayed, not a bride on her wedding day,” said Samri.Meanwhile, The Temple Institute, an NGO that advocates for Jewish prayer rights at the compound, claimed that a different bride was denied entry to the holy site on Wednesday because she was wearing her wedding gown.“The police claimed that her white dress might cause a ‘disturbance of the peace,’” the institute said. “As can be seen by the accompanying photo, the white dress in question is both modest and simple.”“It is unclear what about the dress could possibly cause a ‘disturbance,’” it said.The institute went on to condemn the police response.“How heartless and gutless for the police to deprive this young girl of a once-in-a-lifetime opportunity on the most special day of her life,” it said.“Shame on the police! Shame on the government that allows such arbitrary and discriminatory behavior to be the ‘rule’ in the very branch of law enforcement which is entrusted with upholding the law and guaranteeing equality to all.”The incident follows a week of unrest at the contested holy site, where three Jews have been arrested for insulting the Prophet Muhammad.Although the Supreme Court has upheld Jewish prayer rights at the Temple Mount – which is overseen by the Wakf Islamic religious trust – the court also allows police to prevent any form of worship there if they believe such activities will incite a “disturbance to the public order.”This caveat has resulted in a contentious debate among religious Jews and the government, as any form of prayer among Jews there is considered a “public disturbance” and has resulted in a plethora of arrests. 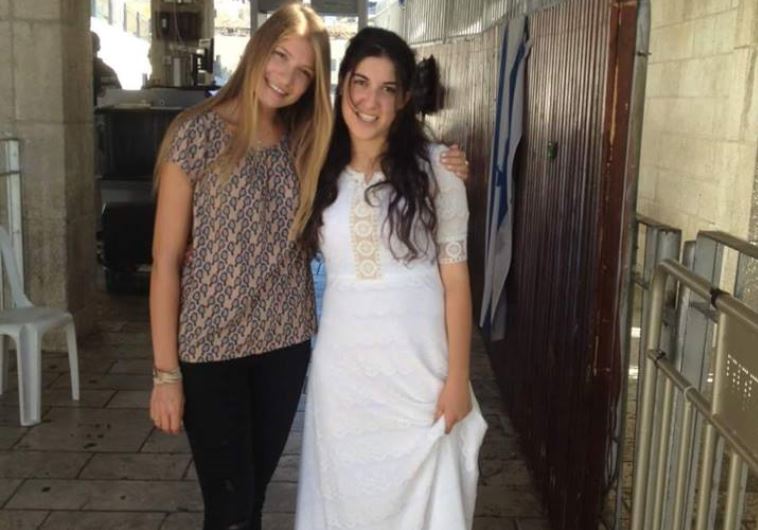 Jewish bride claims she was not let into Temple Mount‏ (Photo: Honenu)