US pop star Prince, 57, was found unresponsive on Thursday at his Minnesota home and was later declared dead, US media reports said. 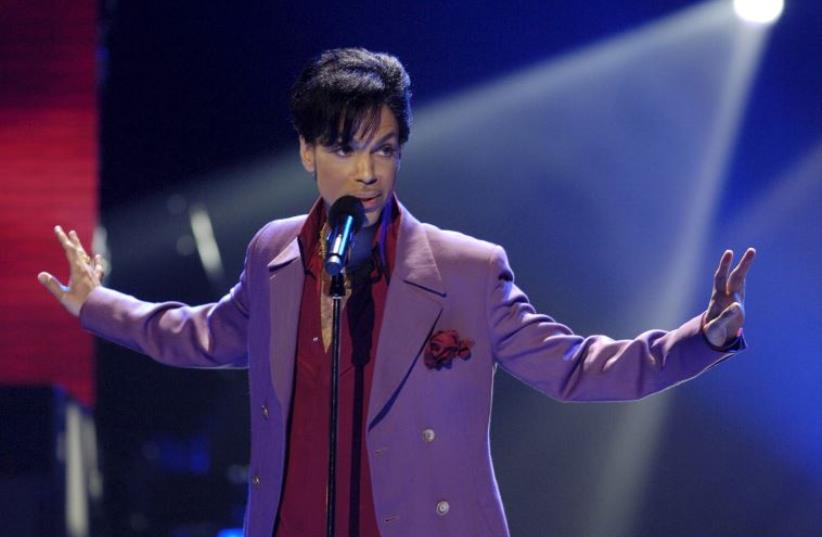 Singer Prince
(photo credit: REUTERS)
Advertisement
US pop star Prince, 57, was found unresponsive on Thursday at his Minnesota home and was later declared dead, US media reports said.A local sheriff's office official would not confirm the identity of a dead person found at Prince's property, and Reuters was not able immediately to confirm the report.Celebrity website TMZ, citing sources close to the star, was first to report Prince's death at the home in Paisley Park, in a Minneapolis suburb. The Associated Press later cited his publicist as confirming the report.Representatives for the singer did not immediately respond to Reuters' requests for comment. The local medical examiner declined to comment.Prince an innovative and influential singer and songwriter whose music combined jazz, funk and disco is best known for hit songs that also included "Raspberry Beret" and "Little Red Corvette."He first found fame in the late 1970s and over the next three decades became known as one of the most inventive and eccentric forces in American pop music.Prince, an intensely private person, sold more than 100 million records during his career, won seven Grammy awards and was inducted into the Rock and Roll Hall of Fame in 2004.In 2007, he played the Super Bowl in one of the most celebrated such performances.His most recent album, "HITnRUN: Phase Two" was released in December 2015, and the artist had been on tour in the United States as recently as last week.In 1993, Prince legally changed his name to an unpronounceable symbol, but later changed it back again.He was born Prince Rogers Nelson in Minneapolis on June 7, 1958, and is said to have written his first song at the age of 7. As well as singing and writing, he played multiple instruments, including guitar, keyboards and drums.His music was marked by sexually charged lyrics and explosive live performances.Director Spike Lee said on Twitter: "I Miss My Brother. Prince Was A Funny Cat. Great Sense Of Humor."