One Israeli killed and eight injured in car accident in Cuba

According to Israel Radio, the injured, all in their 60s, suffered from minor to moderate injuries. One went though surgery overnight. 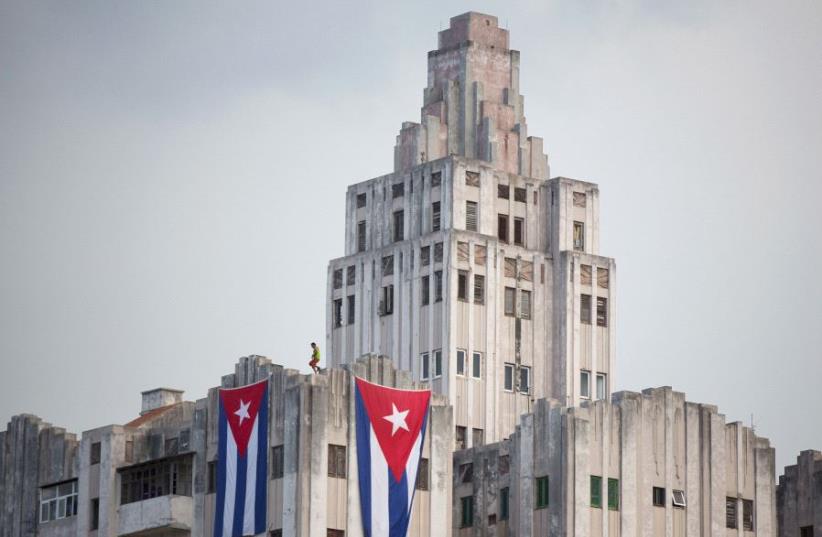 Havana, Cuba
(photo credit: REUTERS)
Advertisement
One Israeli, named as 70-year-old, Nahum Heinken from Gadera, was killed and eight others were injured in Cuba when their mini bus flipped over, the Foreign Ministry released Saturday morning. According to Reshet Bet, the injured, all in their 60s, suffered from minor to moderate injuries. One went though surgery overnight.Israel and Cuba have no formal diplomatic ties, and Israel and relies on the Canadian Embassy to take care of their interests in Cuba, including helping to transfer the body to Israel, according to the Foreign Ministry. Cuba is one of the four Latin American countries with which Israel does not have formal diplomatic relations, along with Nicaragua, Venezuela and Bolivia. Jerusalem had diplomatic relations with Cuba until 1973, when Fidel Castro broke them off when he was running for president of the Non-Aligned Movement.Havana has since been a constant and bitter critic of Israel.Despite the lack of formal relations, the people-to-people contacts between the two countries have continued, especially in the health, culture and agricultural fields. In addition, it is a destination for Israeli tourists, Modi Ephraim, the head of the Foreign Ministry’s Latin America and Caribbean division, said in April 2016. Herb Keinon contributed to this report.