Opposition leader: 'We should not roll out the red carpet' for Duterte

Opposition leader Tzipi Livni called the head of the Philippines, who is meant to land in Israel on Sunday for a four day state visit, "a very problematic man." 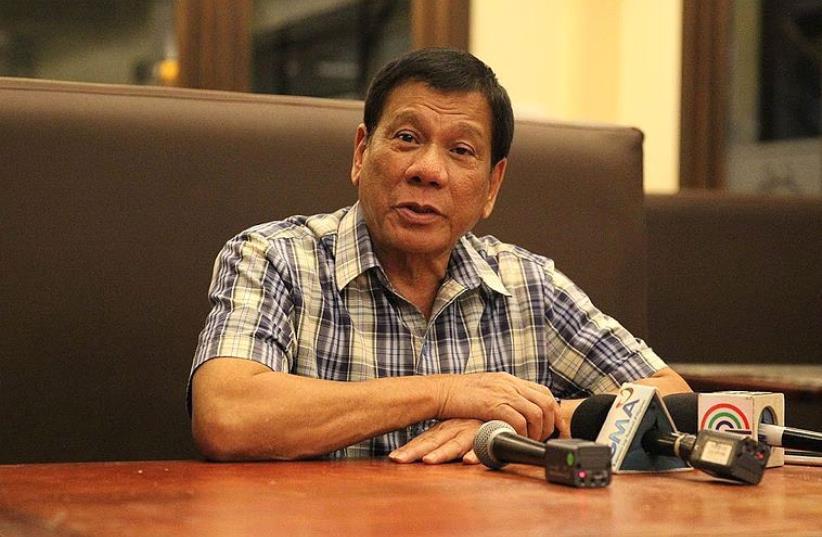 Rodrigo Roa Duterte
(photo credit: PRESIDENTIAL COMMUNICATIONS OPERATIONS OFFICE)
Advertisement
Opposition leader Tzipi Livni [Zionist Union] discussed the upcoming visit of President of the Philippines Rodrigo Duterte on Israeli radio and described him as "a very problematic person", she stated that in her view, the state visit set to begin Sunday evening and last for four days should be "very low profile." Stating Duterte "compared Jews to drug dealers" and that he once explained rape happens because "there are many beautiful women" the Israeli politician said that "in the life of a nation there are cases when financial considerations are juxtaposed with moral and value-based ones."  Duterte likened his war on drugs to Hitler’s war against the Jews, said he would eat a terrorist’s liver if he captured one alive, and told former US president Barack Obama to “go to hell”. He is also the first Philippine leader to visit Israel. Duterte's first wife, Elizabeth Zimmerman, is Jewish-American and he apologized "profoundly and deeply" to the Jewish community in October for his remarks regarding Hitler. Hinting at Ratio Petroleum, an Israeli owned company on the verge of gaining permits to seek for oil in the Philippines, should Duterte approve the deal, Livni said that she will be happy if an Israeli company win the bid, "but the state should not roll out the red carpet for Duterte."Duterte is meant to meet with 1,300 Filipinos who are working in Israel when he arrives in Jerusalem, on Monday he is meant to meet Prime Minister Benjamin Netanyahu and visit Yad Vashem. From Israel the President of the Philippines will continue to Jordan, where he means to meet with Filipinos who work in that country as well.