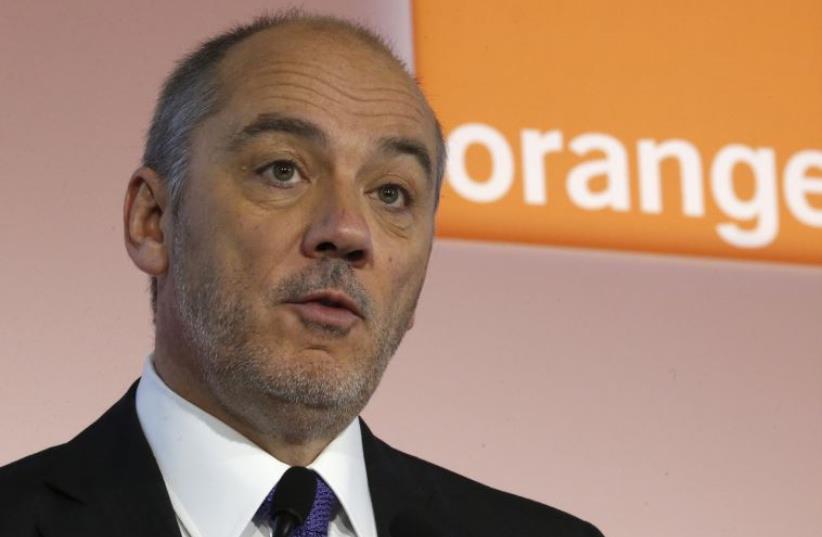 French telecom operator Orange Chairman and CEO Stephane Richard speaks during the company's 2014 annual results presentation in Paris
(photo credit: REUTERS)
Advertisement
A week after calling Orange CEO Stéphane Richard’s comment expressing a desire to cut his business ties in Israel “miserable,” Prime Minister Benjamin Netanyahu is scheduled to meet Richard in his office Friday morning.Richard – under intense fire for comments he made in Cairo last week – asked for the meeting after Netanyahu directed Israel’s ambassador in Paris not to meet the Orange CEO, and that if Richard wanted to clarify matters he should come to Israel.Richard arrived on a private jet Thursday afternoon. He has publicly apologized on several occasions over the past week for his statements, clarifying that his company had no intention of boycotting Israel.“What Richard said in Cairo was very damaging,” one government official said, adding that it was important to hear him retract the comments with the prime minister. “The Boycott, Divestment and Sanctions movement has had very little success in the world of business, and no impact on the Israeli economy. It is a failure, so that when [Richard] made his comments in Cairo, they thought they had something. It is very important that it is clearly understood that this was not the case.”Orange SA shares on the New York and Paris stock exchanges hit a three-month low on Tuesday, but began bouncing back on Wednesday and Thursday.