The 3km march draws in people from all over the world, united in love for Jerusalem and the people of Israel.

Thousands of Christians march in Jerusalem / Udi Shaham
Advertisement
Over 60,000 people attended the annual Jerusalem March on Tuesday. Delegates from organizations and countries from all over the world participated in the 3-km. walk.
Celebrants at the annual Jerusalem March / MARC ISRAEL SELLEM/THE JERUSALEM POST
The first groups marching represented large organizations such as the Israel Electric Corporation, El Al, military and police platoons, and several NGOs.
Thousands of Christians march in Jerusalem / Udi Shaham
Following them was the delegation of the International Christian Embassy Jerusalem, composed of Christian pilgrims – the largest group, consisting of participants from more than 90 nations.The pilgrims, visiting the capital to celebrate Sukkot and attend the Feast of Tabernacles celebration, were waving flags, chanting “we love Israel,” calling out “shalom,” and holding signs expressing support for the State of Israel. 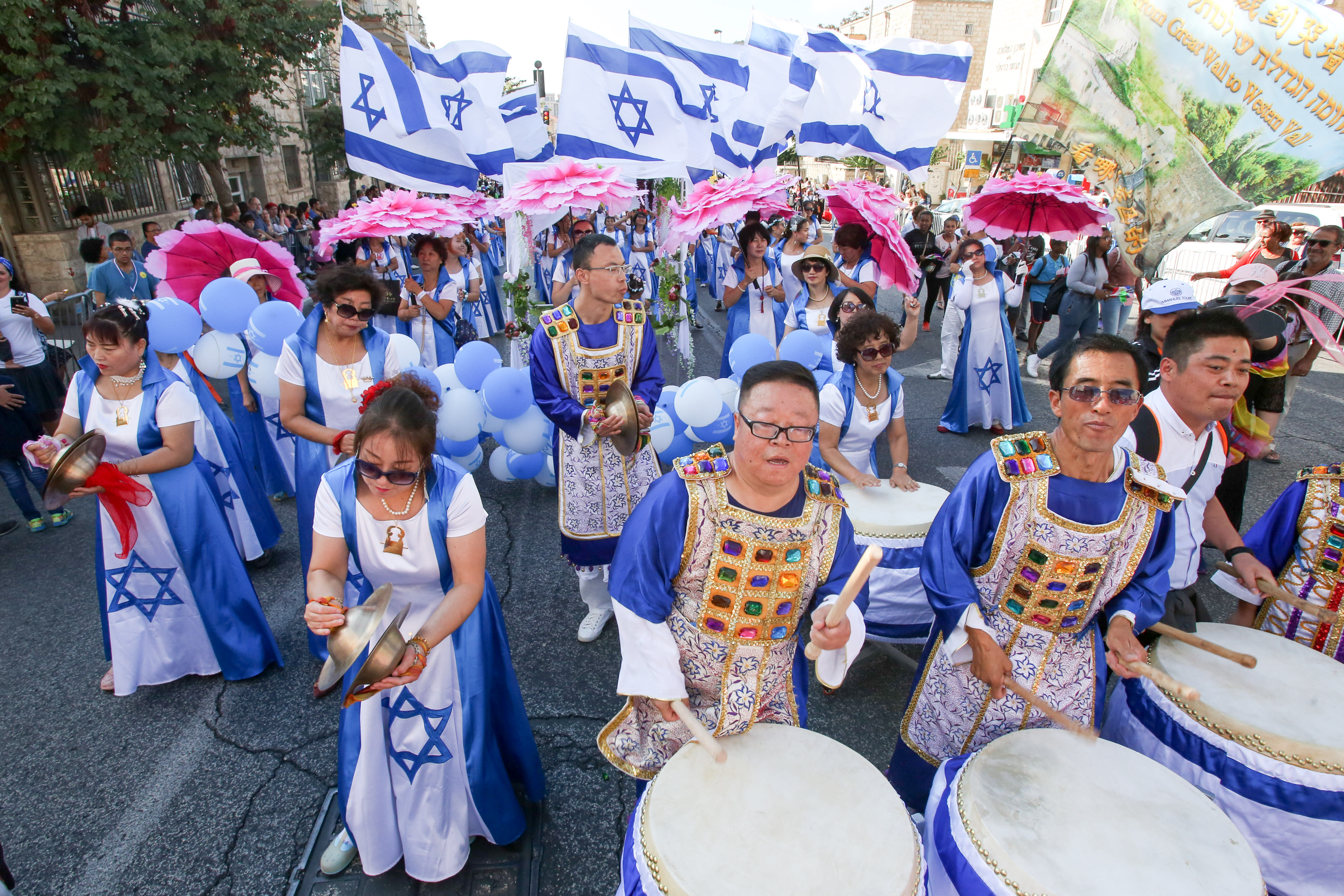 Celebrants at the annual Jerusalem March / MARC ISRAEL SELLEM/THE JERUSALEM POST
Some groups played trumpets, shofars and drums, and presented traditional dances. Some handed out flags and candy to children.The International Christian Embassy Jerusalem stressed in a statement that this year’s feast gathering has centered on the 50th anniversary of the reunification of Jerusalem during the Six Day War. After the march, the embassy held a tribute in the capital’s Pais Arena for IDF soldiers who liberated the Old City of Jerusalem in June 1967.Jerusalem Mayor Nir Barkat said that he is excited to host this event, year after year.“The Jerusalem March is a tradition going back over 60 years, and as time goes by it becomes even more exciting,” Barkat said.“And in this year that we celebrate the reunification of the city, it is even more exciting.During this holiday, Jerusalem is hosting hundreds of thousands of visitors and tourists who enjoy the magic of the city, its gorgeous sites and our unique attractions,” he said.