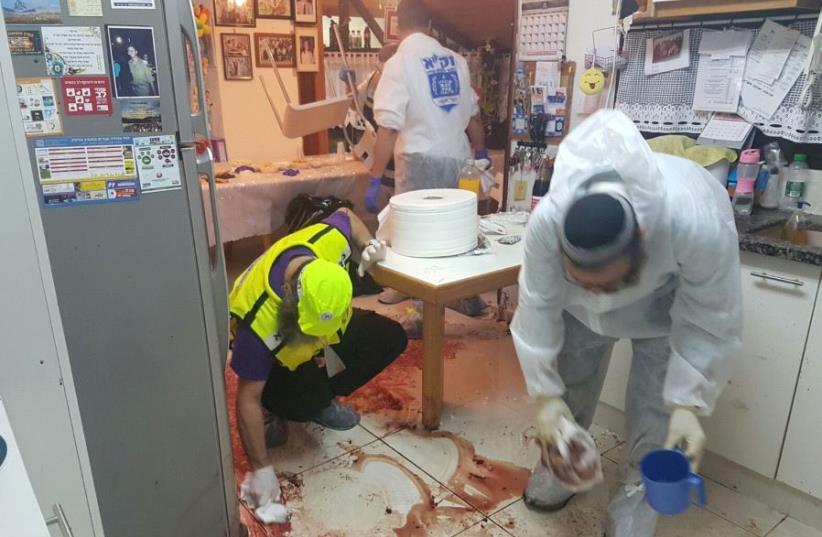 Scene of terror attack in Halamish
(photo credit: ZAKA)
Advertisement
The Palestinian terrorist that killed three Israeli citizens in the West Bank settlement of Halamish last week showed compassion and "refused to harm" the children in the house, according to a Palestinian Authority TV panelist. In a video from an official PA television program, translated by Palestinian Media Watch, an ''Israel affairs expert" charged that the Halamish terrorist, Omar al-Abed, actively chose not to attack the children in the house where he murdered three Israelis. The 'expert', Fayez Abbas, suggested that the story that the children's mother, Michal Salamon, has been telling reporters is false. He also expressed doubt of the notion that the attack was a reaction to tensions around the Temple Mount, despite the terrorist explicitly saying that those same tensions were his motivation. In conversation, Abbas and the program's host said that al-Abed "would have seen" the children when they were taken upstairs, thus claiming that he made a conscious decision not to hurt them. Abbas stated that Palestinian media have reported that Michal Salamon's story about saving her children is false.