The sanctions began three weeks ago in protest of a government plan to privatize the inefficient drivers license testing process. The Histadrut called the initiative one-sided. 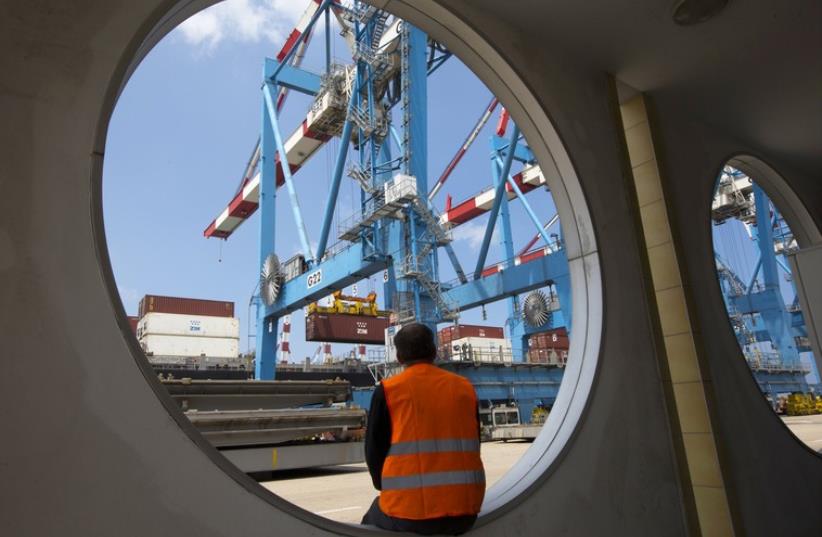 A worker sits as a crane unloads containers from a ship at the port of the northern city of Haifa
(photo credit: REUTERS)
Advertisement
The Histadrut Labor Federation on Wednesday expanded a slow-simmering strike in the public sector, which for weeks has put driving instructors out of commission.As of Wednesday, citizens will not be able to get goods released from customs at the sea ports or get passports or ID cards renewed or issued. The land crossings from Jordan will be significantly slowed, and the Economy Ministry, Health Ministry and Israel Lands Authority will not be open to the public.The sanctions began three weeks ago in protest of a government plan to privatize the inefficient drivers license testing process. The Histadrut called the initiative one-sided.The president of the Federation of Israeli Chambers of Commerce, Uriel Lynn, slammed the expanded strike as an unnecessary pressure tactic that would drag on businesses who rely on governmental services. In a letter to Histadrut Chairman Avi Nissenkorn, Lynn appealed not to take such measures that affect services ahead of the upcoming Passover holiday."I'm appealing to you personally and asking to draw your attention to the fact that you have a real opportunity to demonstrate social leadership, in the name of the public that you represent, to prevent harm to to the general public in Israel," Lynn wrote.Blocking the "keys" to Israel's entries and exits--the ports--as well as consumer services would only serve to raise prices, he added.