The viral video seeks to promote awareness about the right to housing for the disabled as well as a Knesset bill promoting the issue. 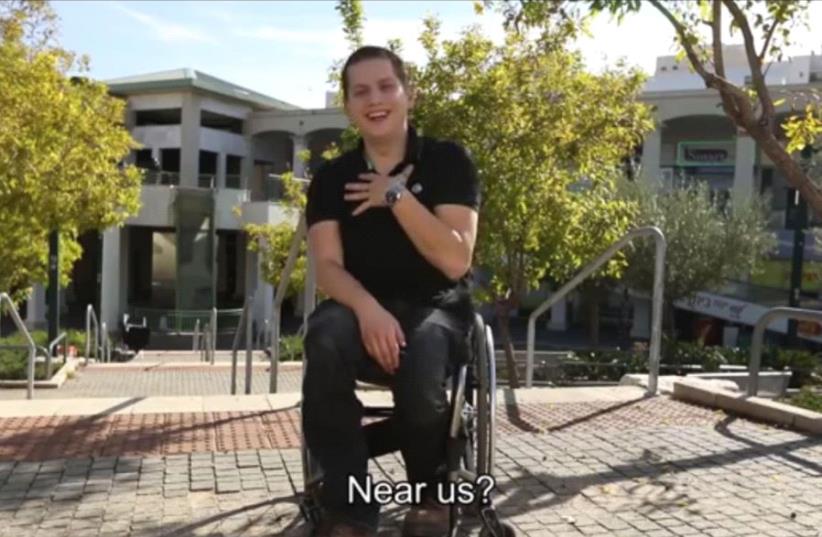 The viral video displaying people with disabilities asking to 'make room for us.'
(photo credit: YOUTUBE)
Advertisement
A video campaign by people with disabilities throughout Israel who speak up about being excluded from society has gone viral on social media.The video, which features disabled people calling to “Make room for us,” was launched by the Ruderman Family Foundation in partnership with Bizchut and Link20, a network to promote young people with disabilities founded by the foundation.The aim of the clip is to promote awareness about the right to housing for the disabled as well as to promote a bill submitted by MKs Ilan Gilon (Meretz) and Uri Maklev (United Torah Judaism) and signed by more than 30 MKs from across the political spectrum on the issue.The bill seeks to provide legislation ensuring that the disabled have the right to live where they like and to receive personal assistance tailored to their needs.“The real integration will not take place in the community until the public recognizes the fact that 20% of the population are people with disabilities,” said Shira Ruderman, director of the Ruderman Family Foundation.“The right to independent housing in the community is a fundamental right which applies to every citizen in Israel, including people with disabilities,” she said. “In addition to passing the legislation, we have to work to change attitudes and to enhance public understanding that the exclusion of such a large group from the community is a fundamental violation of human rights.”With the passing of this bill, Israel aims to follow in the footsteps of many countries throughout the world – including the US, UK, Germany, Italy and Australia – which have all allocated resources in recent years to minimize institutional housing and increase integrated communal living for people with disabilities.In 2011, an international committee of experts presented a report to Israel’s Social Services Ministry recommending such a shift.According to a study conducted by Bizchut, there are some 28,350 people with disabilities living outside their homes, mainly in hostels, institutions, and community housing.These living arrangements cost an estimated NIS 2.4 billion per year, though the organization estimated that the passing of the new bill would reduce the annual cost to NIS 1.9 billion.“People with disabilities demand something so simple. Not residential institutions and hostels, not discourse about mercy and grace, but recognition of their right to live in the community just like all of us,” Yotam Tolub, CEO of Bizchut said. “It is time that Israel recognizes this right.”