“Jews were viewed as the enemies of God, in league with the devil, responsible for the tragedies of the world,” he said, but the Church now sees us as “dearly beloved elder brothers.”

By MAAYAN HOFFMAN
JUNE 11, 2018 09:03
Pope Francis is greeted as he arrives at Rome's Great Synagogue, Italy January 17, 2016
(photo credit: REUTERS/ALESSANDRO BIANCHI)
Advertisement
From its beginnings, AJC realized “that while very often religion is part of the problem, it can and should also be part of the solution,” Rabbi David Rosen, AJC’s international director of interreligious affairs, told The Jerusalem Report. The organization was a pioneer in interreligious outreach at a time when many doubted whether such efforts could have impact.“Religion has a role to play, not only in overcoming antisemitism and in conflict resolution, but in creating a relationship between nations and peoples upon which good diplomatic and political relations can be established,” Rosen explained. Since 2001, he has been advancing understanding and good relations on AJC’s behalf between Jews and Christians, Muslims, Buddhists, Hindus and others of faith. 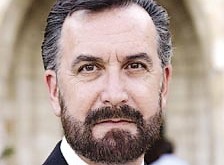 “The global transformation has been stunning,” says Rosen.Take AJC’s efforts with the Catholic Church. There is perhaps no relation in history that was as toxic as the Catholic-Jewish relationship.“Jews were viewed as the enemies of God, in league with the devil, responsible for the tragedies of the world,” he said, but the Church now sees us as “dearly beloved elder brothers.”The legendary Rabbi Marc Tanenbaum, a predecessor of Rosen’s at AJC, was among those responsible for a revolution in Catholic attitudes toward Jews, playing a key role in the Church’s decision in 1965 to renounce its antisemitism and declare its respect for Judaism at the Second Vatican Council. Rabbi A. James Rudin, Tanenbaum’s successor, worked energetically to strengthen and broaden the new Jewish-Catholic relationship.Post-Second Vatican Council, three popes have visited Israel, including John Paul II in 2000, whose words then cast the relationship between the Holy See and Israel in a new light. In 2016, Pope Francis visited the Nazi death camp Auschwitz-Birkenau. All the recent popes have visited synagogues in their own community, Rome. AJC has been at the heart of all these events, according to Rosen.Rosen himself, in the early 2000s, became the first Israeli citizen, the first Orthodox rabbi, and the fifth Jew ever to be awarded a papal knighthood. It was presented at a ceremony in the Notre Dame of Jerusalem Center that coincided with the 40th anniversary celebrations in Israel of “Nostra Aetate” (“In Our Time”), the groundbreaking Vatican II document that paved the way for mutual respect and dialogue between the Catholic Church and the Jews.In 2015, when the Vatican released a document telling Catholics that they should not seek to convert Jews, Rosen was invited to attend and speak at the press conference.“This reflects the unique standing AJC has in the Vatican,” Rosen said.While most of his work centers around Christians, he said the “most important and complex challenge” he is working on today is Muslim-Jewish relations.“There are some things we cannot discuss,” Rosen said. But he told The Report there has been much progress on the Jewish-Muslim front.For example, AJC recently brought the leadership of the All India Organization of Imams of Mosques, the representative voice of more than 500,000 Indian imams, to Israel for a conference.“There are more Muslims in India than in any other country but Indonesia,” Rosen explained.In addition, Rosen serves on the board of KAICIID, an intergovernmental organization founded by the late King Abdullah of Saudi Arabia. The KAICIID’s mandate is to promote global dialogue to prevent and resolve conflict and enhance understanding and cooperation.Often when he meets Muslim leaders, Rosen is the first Jew they have ever seen. “Some of them are scared about meeting an Israeli rabbi,” he noted, “until they discover this rabbi knows about Islam, can speak a little Arabic, and treats them respectfully. It changes their attitudes and perceptions.”Rosen is not expecting an interreligious revolution any time soon. He explained that for over a century “antisemitic brainwashing and anti-Jewish propaganda have been widespread in the Muslim world. You don’t overcome such negativity overnight. But there are new winds of hope and opportunities.”It’s a tough job, he said, not only because of interfaith challenges, but also due to a lack of understanding within the Jewish community. He said many Jews, Orthodox and secular alike, are unable to overcome the wounds of the past and only see interreligious relations as a delusion.But he recalled that when AJC began working with the Vatican, there were those who said there was no hope for improving relations.
“Now we see, it is not only possible, but we achieved them,” Rosen said.