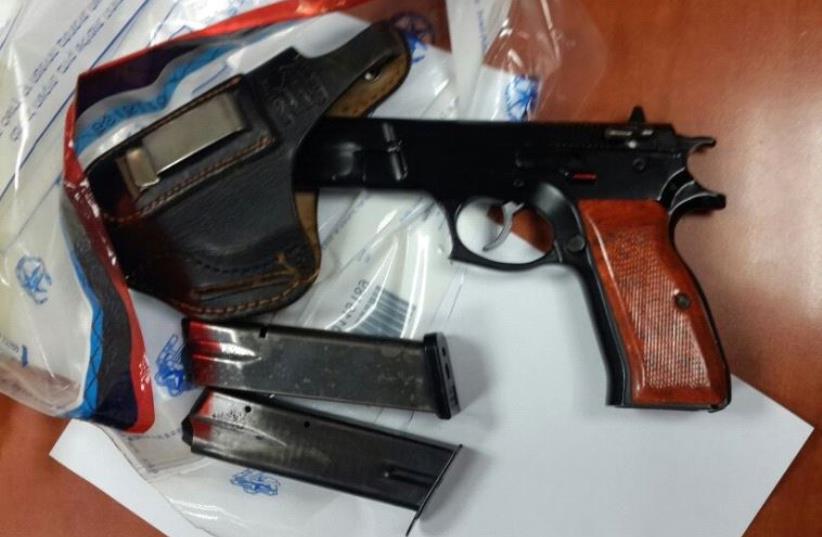 The gun and cartridges seized by police.
(photo credit: ISRAEL POLICE)
Advertisement
A pistol and two loaded cartridges belonging to a 13-year-old Palestinian boy from east Jerusalem were seized by police at an area school overnight Sunday. The boy has been placed under arrest.While details of the investigation remain unclear, according to police, the gun was found in a holster in the boy’s locker at the unidentified Jerusalem school, after intelligence was received about suspicious activity there.“Police units in one of the east Jerusalem neighborhoods searched one of the educational buildings and found a pistol with two clips belonging to a 13-year-old, who has been questioned,” said police spokesman Micky Rosenfeld on Sunday morning.“It is not clear how he got a hold of it, and that’s something we’re looking into – as well as why he was holding it, if he was holding it for someone else, or if the gun was to be used in any plan to carry out an attack.”The boy was arrested in his home and arraigned at Jerusalem Magistrate’s Court, where a judge extended his remand amid an ongoing investigation.