"I knew that the police ordered the pizza, but the officer [who made the order] sounded laid back on the telephone," suspect says. 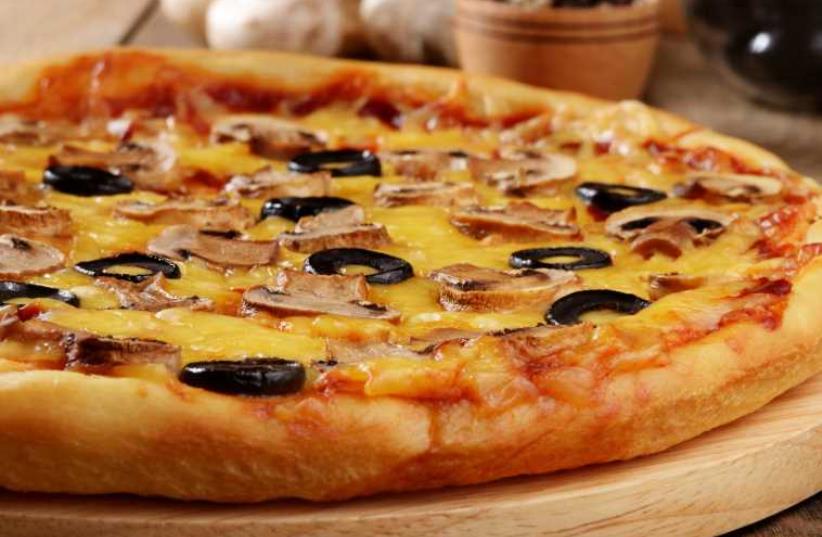 Pizza
(photo credit: INGIMAGE PHOTOS)
Advertisement
An owner of a pizzeria in Holon was arrested on Thursday for allegedly putting illegal drugs on the pizza he made for police officers. The police officers who ate the pizza became ill and were evacuated for treatment to hospital. Under interrogation, the suspect who is in his late twenties, confessed to the act, police said.  Israeli news site Walla reported that the suspected drug sprinkled on the pie was the synthetic cannabinoid known as Mr. Nice Guy.   The suspect said he thought he had a free hand to put the drug-topping on the pizza. "I knew that the police ordered the pizza, but the officer [who made the order] sounded laid back on the telephone and he told me to add whatever toppings I felt like, so instead of oregano I sprinkled on some Nice Guy," Walla quoted the suspect as saying after he was arrested.   On Thursday the suspect was brought before the Tel Aviv Magistrates Court who remanded him to custody for four days.  Police said due to the gravity of the incident it intends to act with a "heavy hand" against the suspect and will cooperate with other government authorities to investigate the functioning of the restaurant.