Speculation at this year’s forum will focus on whether there will be a rapprochement there between bitter rivals Barak and Ashkenazi. 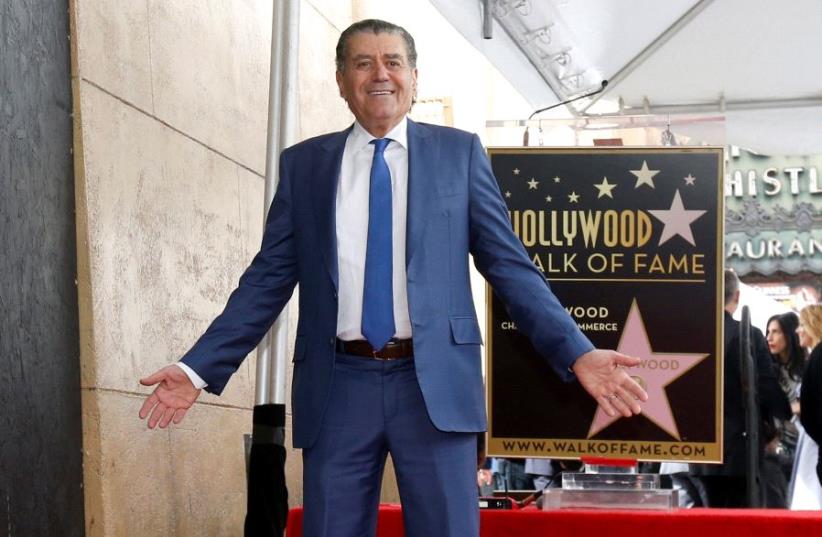 Israeli-American producer Haim Saban poses on his star after it was unveiled on the Hollywood Walk of Fame, March 22, 2017
(photo credit: REUTERS)
Advertisement
Prime Minister Benjamin Netanyahu will speak by video and ministers Ayelet Shaked and Tzachi Hanegbi will be in Washington to speak at this weekend’s Saban Forum, a US-Israeli dialogue hosted by the Brookings Institution.Labor leader Avi Gabbay, Meretz head Zehava Gal-On, former prime minister Ehud Barak and former IDF chief of staff Lt.-Gen. (res.) Gabi Ashkenazi will also be speaking at the forum, which is now in its 14th year and is entitled “‘America First’ and the Middle East.”Three years ago, when then-Labor leader Isaac Herzog spent time at the forum with MK Tzipi Livni, it led to the formation of the Zionist Union. Speculation at this year’s forum will focus on whether there will be a rapprochement there between bitter rivals Barak and Ashkenazi.“With so much upheaval in the Middle East and the Trump administration preparing to launch its peace initiative, the Saban Forum could not be more timely and critical,” Brookings executive vice president Martin Indyk said.“For 14 years, the Saban Forum has continued to serve as a unique venue for candid exchanges that can generate new ideas and constructive engagements about US-Israel relations and Middle East strategic issues.”Senior representatives of all three branches of the US government will participate, including Supreme Court Justice Stephen Breyer; Senators John McCain, Lindsey Graham, Tom Cotton and Chris Coons; and senior officials from the executive branch.Cotton, who is one of Trump’s staunchest defenders in Congress, could be tapped to replace CIA Director Mike Pompeo if Pompeo replaces Rex Tillerson as secretary of state, Trump administration officials told Reuters.Cotton will speak together with Barak about Iran on Friday evening.Among senior international participants are US Ambassador to Israel David Friedman, head of the Palestine Liberation Organization General Delegation to the United States Husam Zomlot, ambassadors and other diplomats.“Leaders around the world are still struggling to understand what ‘America First’ means to them, and with the focus the Trump administration has put on the prospect of Middle East peace, the Forum will once again serve as a bedrock for mutual understanding between the United States and Israel, and for leaders throughout the region,” said Haim Saban, a Brookings trustee and chairman of the Saban Forum. “The Center for Middle East Policy at Brookings has convened an illustrious and thoughtful group of people intent on focusing on what is important to our countries, not on the latest tweet.”The forum’s sessions will focus on the rise of new regional and global powers in the Middle East, new partnerships of interests, such as between Saudi Arabia and Israel, and on the effect of all these on the US-Israel relationship.Other issues will include the prospects for Israeli- Palestinian negotiations, the changing landscape of the media and disinformation around the world and the influence of institutions such as the judiciary and the military on future prospects for peace.