‘PM’s efforts to help ‘Israel Hayom’ might have been bribery

Justices Neal Hendel, Menachem Mazuz and Uri Shoham pressed both sides but did not give a clear indication of how they would rule. 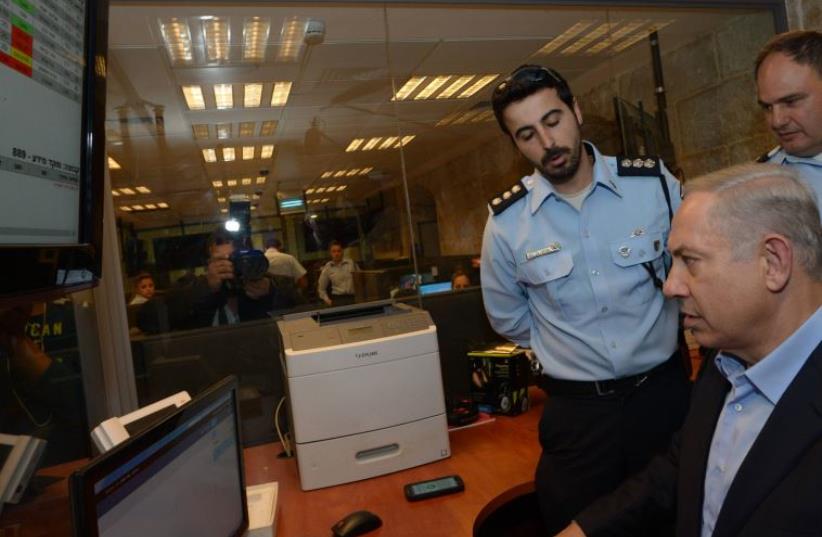 PM Benjamin Netanyahu visits Jerusalem district police headquarters
(photo credit: GPO)
Advertisement
After Channel 2 reported Sunday night that Sheldon Adelson will testify next week in the corruption probe into Benjamin Netanyahu, the High Court of Justice on Monday heard Channel 10 reporter Raviv Drucker’s petition to pull back the curtain on the prime minister’s relationship with the owner of the Israel Hayom newspaper.The billionaire casino magnate and his wife, Miriam, are expected to arrive ahead of US President Donald Trump’s visit and stay in Israel until a few days after the president leaves, according to the Channel 2 report.Both Adelsons, longtime Netanyahu supporters perceived as having started Israel Hayom to give him positive press, reportedly agreed to testify in the investigation dubbed Case 2000.The case revolves around recordings of Netanyahu and Yediot Aharonot publisher Arnon Mozes in which the two men allegedly negotiated an attempt to weaken Yediot competitor Israel Hayom in exchange for favorable coverage of Netanyahu.Any such attempt would presumably have involved talks between Netanyahu and Adelson.Monday’s High Court hearing was about whether Drucker can force Netanyahu to reveal the timing and extent of his communications with Adelson and with Israel Hayom’s top editor.Drucker’s lawyer, Yonatan Berman, told the High Court, “This is an important public debate.... In parallel there is a public debate about the question: When the prime minister... blocks a proposed law that would harm Israel Hayom or promotes a proposed law” that helps Israel Hayom, “does he act for the benefit of Israel Hayom or act in exchange for what Israel Hayom supplies him with [positive press]?” “This raises important public interest and legal questions. They have substantial implications for the public – for example, a post by the prime minister in favor of certain legislation could lead to bribery,” said Berman.Justices Neal Hendel, Menachem Mazuz and Uri Shoham pressed both sides but did not give a clear indication of how they would rule.When pressing Drucker’s lawyer, they asked if merely revealing the timing and volume of Netanyahu’s conversations with Adelson and Israel Hayom, without being able to see their content, justified violating all of those individuals’ rights to privacy.When pressing Netanyahu and Adelson’s lawyers, they asked whether there was no instance where they would admit that their clients’ privacy rights would need to stand aside for providing information to the public connected to the public interest.Drucker’s lawyer painted a picture of decoding numerous Netanyahu midnight calls to Adelson into showing his interference with Israel Hayom’s headlines to make them friendlier to him.

Eliyahu Kamisher contributed to this report.
Advertisement
Subscribe for our daily newsletter