The allegations in the investigation include fraud, bribery, and breach of trust, police say. 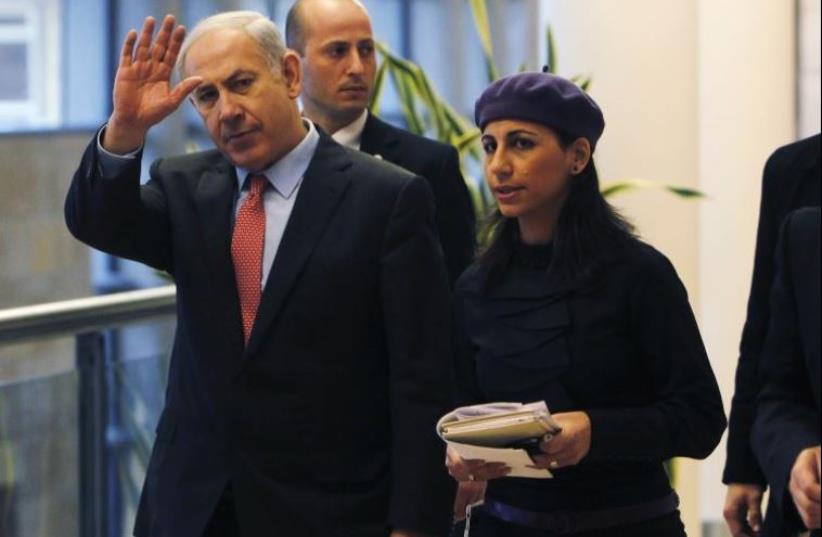 PM Netanyahu with Perach Lerner
(photo credit: REUTERS)
Advertisement
Police have found evidence of criminal wrongdoing on the part of Perach Lerner, a senior aide of Prime Minister Benjamin Netanyahu, they said in a statement on Tuesday.  The probe began in July 2015 following a directive issued by then-attorney general Yehuda Weinstein. Police said Tuesday that the investigation uncovered “apparent evidence of a conflict of interest regarding the passing of information not open to the public to a close associate of hers, information that dealt with people the associate had business dealings with.”The allegations in the investigation include fraud, bribery, and breach of trust, police said Tuesday.Perach Lerner was suspended for four months beginning in October 2015 due to the investigation surrounding allegations that she used her position to pass information to her husband Avi Lerner, who runs a PR agency representing a number of Likud members and the free pro-Netanyahu daily Israel Hayom.The investigative materials will now be passed to the state attorney’s office where a decision will be made about whether or not to press charges against Lerner.In May, the police announced that they had finished their investigation into allegations of fraud and breach of trust regarding the operations of the Prime Minister’s official residence. Unlike the statement on Tuesday, that statement did not mention by name any of the suspects – including Sara Netanyahu – or the fact that evidence had been found against Netanyahu and the other suspects.