According to police, the couple was "normative." 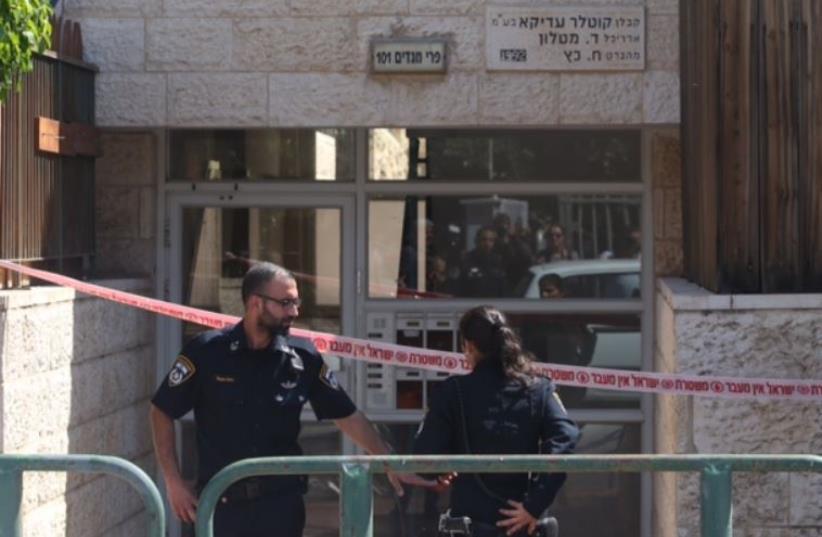 Scene of suspected murder suicide in Ma'aleh Adumim‏
(photo credit: MARC ISRAEL SELLEM)
Advertisement
A married couple in their 60s was found dead in their apartment in the West Bank settlement of Ma'aleh Adumim on Thursday morning in what police suspect was a murder-suicide.According to police, the couple was "normative," and it is believed that the man shot and killed his terminally ill wife before taking his own life in a sequence that the couple had planned.Police arrived at the scene in response to an emergency call describing shots being fired.MDA paramedic Danny Richter, who arrived at the scene, said that paramedics "saw in the apartment an approximately 60 year-old man and woman unconscious with entry wounds to their upper bodies. We attempted to grant them medical treatment, but their wounds were very serious and within a short amount of time we were forced to pronounce them dead on the scene."