By JULIANE HELMHOLD
APRIL 26, 2018 08:34
Outside view of a restaurant's wall decorated with hundred of bottles in Paris, France
(photo credit: CHARLES PLATIAU / REUTERS)
Advertisement
Israeli Border Police officers uncovered a large factory producing illegal alcoholic beverages in the village of Kfar Bara on Thursday morning, the police spokesperson reported.The factory operated without a permit and under poor sanitary conditions. Thousands of fake bottles of alcohol were seized, which, if distributed, could have seriously endangered unknowing consumers' health. 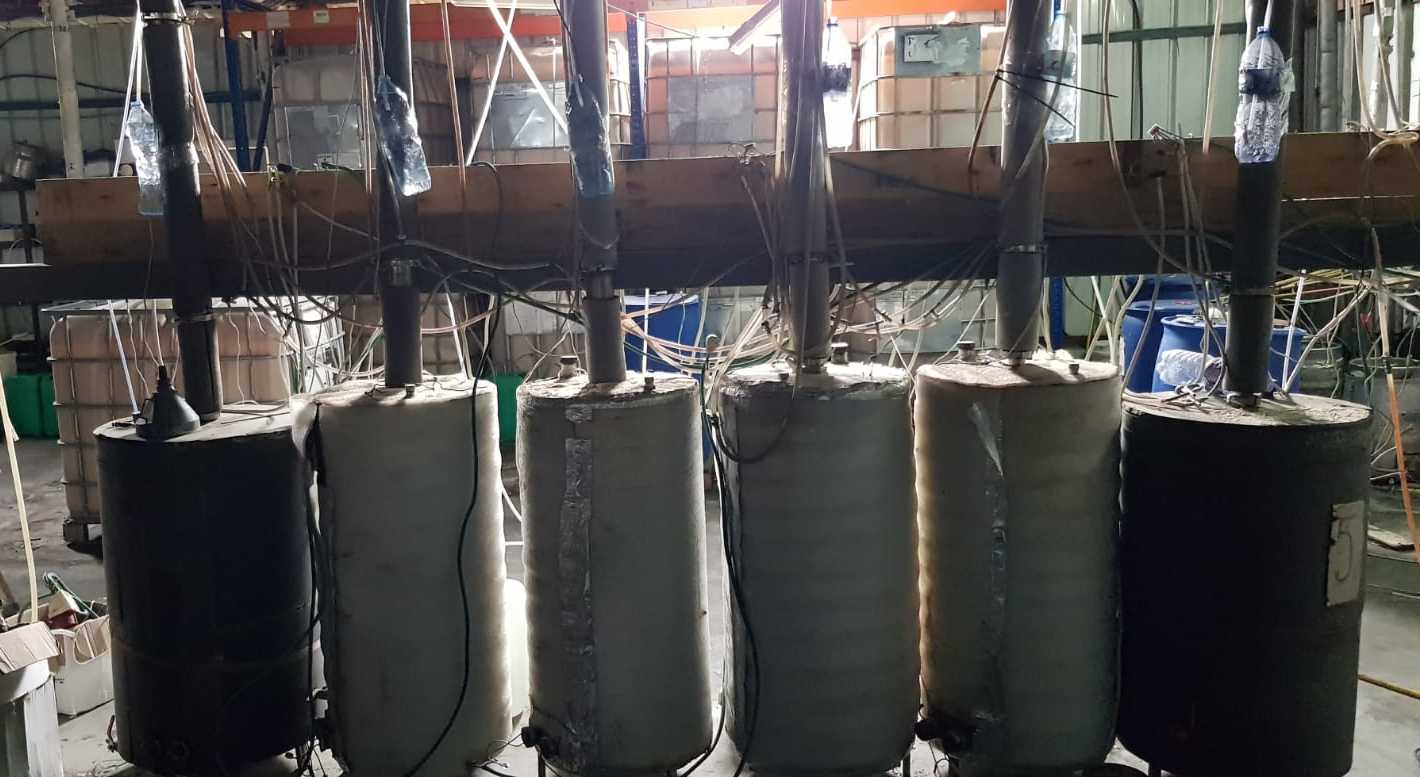 Factory producing illegal alcohol in central Israel (POLICE SPOKESPERSON'S UNIT)The information that led to the seizure of the factory, located in a hangar in Kfar Bara, a village in the Sharon region in central Israel adjacent to the Green Line, was received from the Israel Police on Wednesday night.On the owner's arrival to the factory, the police confiscated the faked alcoholic beverages which included vodka, whiskey and wine. In addition, machines for forging bottles, stickers, corks and glasses of different known brands were found on the premises.The police said that it viewed attempts to import, manufacture and forge illegal alcoholic beverages as very severe and that it will use all available means and forces to bring the perpetrators to justice.