Kerry, on Thursday, cited the backing of Ayalon and former Mossad chief Efraim Halevy to indicate that there are respected security figures in Israel who support the deal. 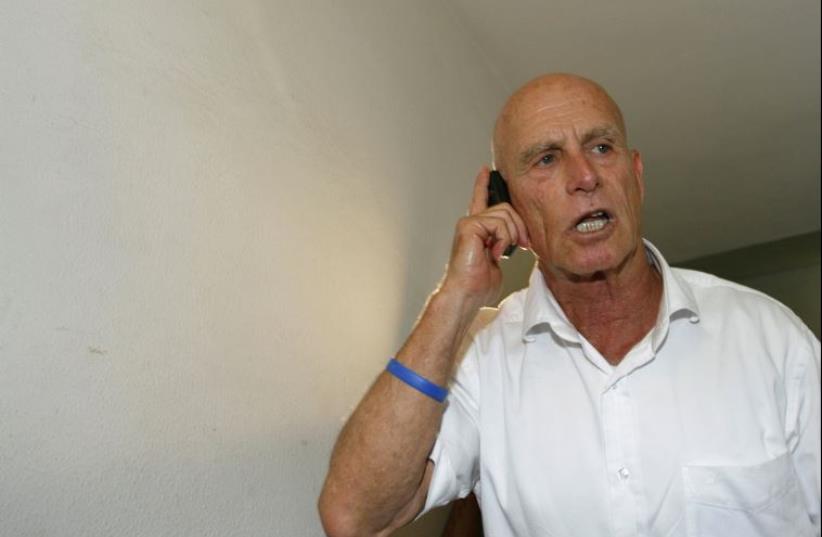 Former Shin Bet chief Ami Ayalon
(photo credit: REUTERS)
Advertisement
Former Israel Security Agency (Shin Bet) chief Ami Ayalon told The Jerusalem Post on Friday he did not have a problem with US Secretary of State John Kerry using him to defend the Iranian nuclear deal to congressmen in Washington.Kerry, on Thursday, cited the backing of Ayalon and former Mossad chief Efraim Halevy to indicate that there are respected security figures in Israel who support the deal.J Street has begun a campaign in support of the agreement that will highlight quotes from Ayalon and Halevy and ignore the fact that polls show close to 80 percent of Jewish Israelis oppose the deal.“If Kerry quotes what I said I have no problem with it,” Ayalon said. “It’s not black and white. I think the deal is bad. It’s not good, but it is the best plan currently on the table. The government of Israel is not dealing enough with the implications the plan and what has to be done now. The policy of Israel is wrong.”Israeli politicians attacked Ayalon and Halevy on Friday for helping the Obama administration’s effort to pass the bill in Congress.“It is the most painful when it is Israelis who are the ones hurting Israel,” Bayit Yehudi leader Naftali Bennett wrote on Facebook. “The very same security officials who have been wrong so many times before: Oslo, Disengagement, the Schalit Deal, etc. If you are not going to help, for God’s sake – at least get out of the way!” Ayalon reacted to Bennett by saying he is “not surprised that politicians respond without reading what they are complaining about.”The article quoted by Kerry is an interview Ayalon gave to The Forward that was published online July 16.“There is no ideal world, and there are no ideal agreements,” Ayalon told J.J. Goldberg. “And let me add that there is no ideal Middle East.”Ayalon said he was not bothered by the Iran deal’s controversial sunset clause, because, “In the Middle East, 10 to 15 years is an eternity and I don’t believe that 10 or 15 years from now the world will stand by and watch Iran acquire nuclear weapons.”He did indicate that he was disturbed by the fact that the agreement was likely to boost Iran’s ability to foment instability in the region and that the deal did not address Iran’s misbehavior.“We live in a Middle East that’s more chaotic than ever,” he said. “Iran is seen as a threat by its neighbors because of its support of chaos, unconnected to the nuclear issue.”