Analysis: Why the Kotel-dealmaker won't enforce his deal?

Mandelblit’s letter, made public Wednesday, washing his hands of the Kotel deal controversy, was about as awkward as it gets. 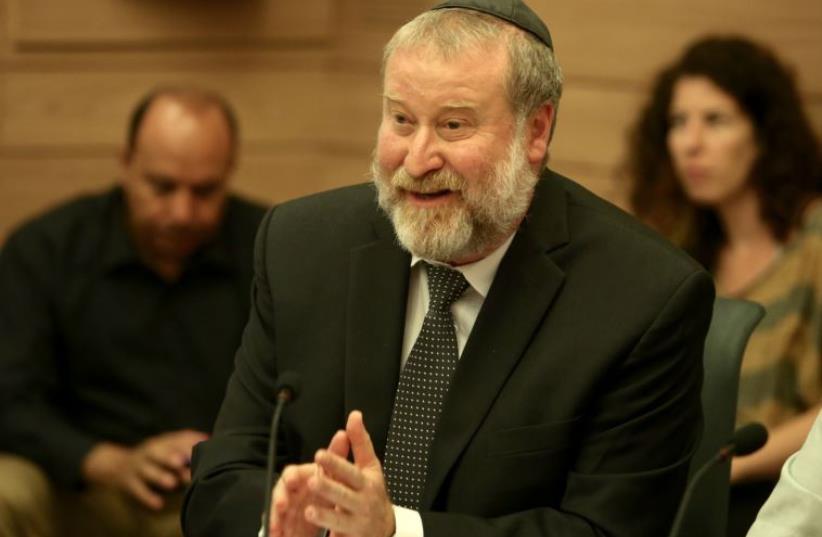 Attorney-General Avichai Mandelblit in his first appearance at the Knesset Constitution, Law and Justice Committee since assuming the country’s top legal position in February
(photo credit: MARC ISRAEL SELLEM)
Advertisement
There were always predictions that Avichai Mandelblit’s move from cabinet secretary to attorney-general would create some conflicts of interest and awkward situations.Mandelblit’s letter, made public Wednesday, washing his hands of the Kotel deal controversy, was about as awkward as it gets.Can he avoid taking any steps to enforce the agreement, even after the High Court of Justice slammed the government and Mandelblit’s office for defending a freeze of the deal, brought about by haredi buyer’s remorse and threats to leave the government? The current attorney-general was not just involved in the deal.By all accounts, he was one of the driving forces to reaching it after over two years of difficult negotiations between the haredim and the non-Orthodox movements.Yet when the High Court and now MK Tamar Zandberg (Meretz) tell or plead with him to act to save the deal that he constructed to avoid the court ordering the same, Mandelblit’s notably curt response was that the controversy carried “emphatically political characteristics which do not require the decision of the attorney-general.”This probably would not have been the approach of his predecessor, Yehuda Weinstein. Weinstein was initially willing to defend government actions of questionable legality, but, with a few exceptions, not once the High Court had threatened to declare something unconstitutional.The questionable legality here is that the deal was put in place because a line of court rulings have started to lead to the conclusion that the Orthodox monopoly on the Kotel is illegal. That would mean the monopoly must be completely broken or that there needs to be a separate, third, egalitarian section, as specified in the deal.Without the deal, the allegation of unequal treatment of non-Orthodox movements returns to the fore.Weinstein at this point might have pressed hard on Prime Minister Benjamin Netanyahu to implement the agreement. Mandelblit, however, has taken the position of some other attorney-generals and of Justice Minister Ayelet Shaked that his job is to facilitate government policy, regardless of whether he agrees or disagrees with it, provided that the policy is not patently illegal.Mandelblit’s position, then, can be summed up as follows. He may be personally very upset (the most likely estimation) that the haredim broke the agreement and are threatening the government over its implementation. But until the High Court has ruled, and not just threatened to rule, freezing the deal is not illegal.While wearing his old cabinet secretary’s hat, perhaps he could have threatened the haredim with political consequences. But now that he wears the attorney-general’s hat, one might even be surprised that he responded to Zandberg’s letter, since his assessment of the current debate over the deal is that it is a political issue.Moreover, his past involvement in that respect counts against him and could make getting personally involved look, well, personal.Assuming it is a political issue, he really does have no role and did not need to explain himself, even curtly.And that is what is so bizarre about the current situation.Reading between the lines, Mandelblit’s two-line letter essentially said: I do care that a legacy issue of mine is being messed with, but my current job ties my hands.At least on this one issue, he may wish that Weinstein, a more activist attorney-general, were still in office to press his deal through.