Is a new Israeli bill creeping annexation of West Bank?

Rightly or wrongly, it is a fact that around 400,000 Israeli citizens live in the West Bank, and they should not have fewer rights than Israelis living within the Green Line. 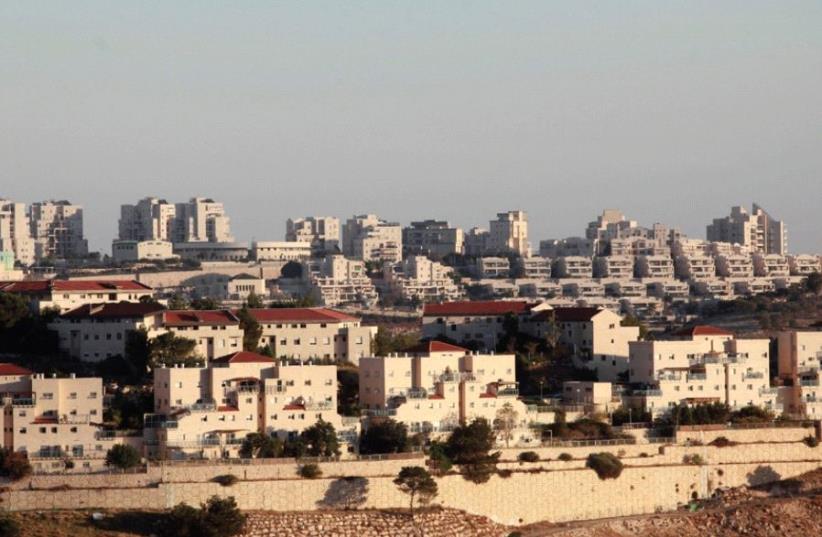 JUSTICE MINISTER Ayelet Shaked’s proposed bill would apply certain civil rights to settlers in communities like Ma’aleh Adumim (pictured).
(photo credit: MARC ISRAEL SELLEM/THE JERUSALEM POST)
Advertisement
Former legal officials from the highest levels of public service have told The Jerusalem Post that the move by Justice Minister Ayelet Shaked to apply certain Israeli civil laws to Jews living in the West Bank should not mark a major political shift.At the same time, they also cautioned that the devil is in the details. They say that any attempt to hijack the legal changes into negatively impacting Palestinians’ land or other rights would likely be illegal and struck down by the High Court of Justice.What exactly does Shaked’s initiative entail? She declined to comment for this article, but previously she and others have focused attention on extending to Jews living in the West Bank Israeli law regarding maternity leave, environmental laws, libraries, labor laws and other laws that have no political impact.Former officials say that the idea of the initiative is simple.Rightly or wrongly, it is a fact that around 400,000 Israeli citizens live in the West Bank, and they should not have fewer rights than Israelis living within the Green Line.Over the decades, the IDF legal division has, on an ad hoc, slow and very bureaucratic basis, applied a range of new Knesset civil laws to Israeli citizens living in the West Bank.However, the red-tape-filled process has always disturbed supporters of the settler movement and, over time, even government lawyers with moderate views who worry about discrimination between Israeli citizens.Some Knesset laws have created unintended inequalities with Palestinians which have later blown up in court. For example, some laws can easily be applied just to Israeli citizens in the West Bank without colliding with the lives and rights of Palestinians.But even things as seemingly nonpolitical as labor law and maternity leave law can lead to unforeseen discrimination.Former top legal officials explained that Israeli labor courts have ordered Israeli labor laws to be applied to Palestinians in workplaces that employ both Palestinians and Israelis, ruling that employees in the same workplace must be treated the same, even though the Palestinians are not citizens.In this narrative, the Shaked initiative is merely designed to streamline the process of applying nonpolitical Israeli laws to Israelis in the West Bank, while still providing some faster mechanism for examining unintended discrimination resulting from the laws.If that is true, why is the Israeli Left so strongly opposed to the initiative? MK Michal Rozin (Meretz) on Sunday attacked the proposed bill as designed to achieve “de facto apartheid.”“After Trump pulled cold water on the Right’s initiative to annex the territories, the justice minister...returns to a policy of incremental annexation,” she said.Applying even nonpolitical Israeli civil law, she said, would be “a policy of de facto apartheid... would not be upheld by the High Court of Justice.”Moreover, she said that attempts to portray the initiative as innocently increasing personal civil rights of Israelis in the West Bank ignored that its impact would be to inflame the Palestinian population and the security situation.The innocence of the initiative could be betrayed by periodic speeches by Shaked in favor of annexation of the West Bank, even if she speaks of annexation as an issue separate from this particular proposed bill.Responding to these accusations, the top former officials said they are not naive of the broader political context, but that there is no such thing legally as creeping annexation.They said that past governments have passed laws to explicitly annex east Jerusalem and the Golan Heights. In contrast, they said that every government, even the most right-wing, has refused to annex the West Bank, fearing international diplomatic pressure as well as international legal fallout.In that light, they said that any law that does not explicitly call for annexation will not lead to annexation, regardless of whether this is the hope of some right-wing supporters of the proposed bill.The sources did reemphasize that even in the absence of annexation, the oversight mechanism would need to unambiguously ensure the protection of Palestinian land and others rights.For example, Israeli taxes can be imposed on Israelis in the West Bank but not on Palestinians, since they do not get to vote or participate in the legal process that leads to Knesset laws.Another example can be found in Ma’aleh Adumim, where the law mandating a charge for plastic bags in supermarkets does not apply.Put differently, Israel cannot tax or otherwise impose obligations on the Palestinians without giving them representation – which it does not want to do, in order to maintain a Jewish majority within Israel.Any laws violating these principles would likely be struck down by the High Court, just as the sources expect the High Court to strike down the recently passed Settlements Regulations Law, on the grounds that it illegally confiscates private Palestinian land.