All the deal did was switch one group of journalists in the unemployment line with another. 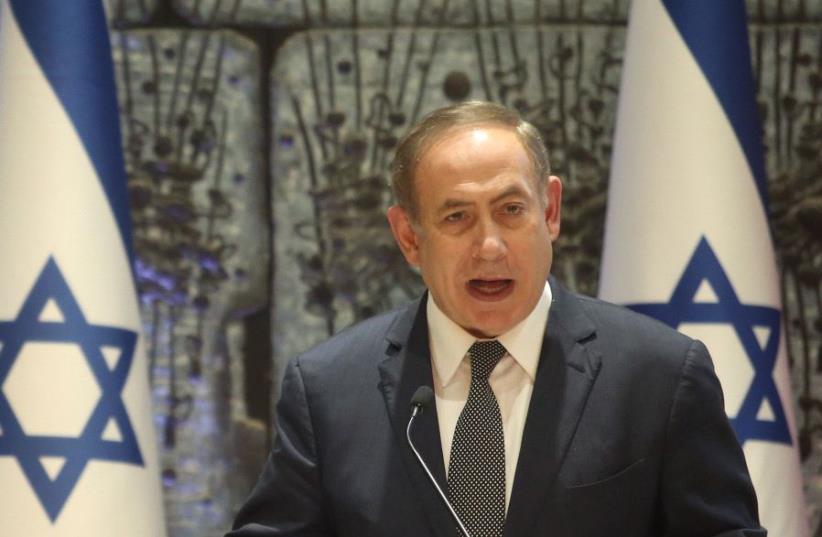 PM Netanyahu
(photo credit: MARC ISRAEL SELLEM)
Advertisement
As US President Donald Trump has boasted, nothing feels better than reaching a successful deal.So when Prime Minister Benjamin Netanyahu and Finance Minister Moshe Kahlon reached an agreement Thursday ending a two-week-old political crisis and avoiding elections, why weren’t they celebrating? Why did Netanyahu not call a press conference, and why did Kahlon deliver apologies and excuses at his press conference, and then leave without taking a single question? Perhaps because they realized the public could not care less about public broadcasting that barely anyone watches.All the deal did was switch one group of journalists in the unemployment line with another.Veteran journalist Geula Even-Sa’ar, who is married to Netanyahu’s former No. 2 in the Likud, Gideon Sa’ar, will continue anchoring her 7 p.m. program rather than the nightly news an hour later. If Netanyahu’s goal was to prevent her from reading the news, all he accomplished was to bring her home to her children an hour earlier.So when counting the winners and losers in the battle over public broadcasting, the only clear winners are three-year- old David and four-month- old Shira Sa’ar.Netanyahu and Kahlon both technically won, but they emerged so scarred by the affair that it was hardly worthwhile for them. Netanyahu’s popularity fell, his trip to China was sabotaged, and his obsession with the media made him look worse than ever. Kahlon, who was portrayed on the satire show Eretz Nehederet as “growing a spine,” hunched himself over in the press conference as if Netanyahu had crushed it.Besides the Public Broadcasting Corporation workers who lost their jobs, the losers include Public Security Minister Gilad Erdan, who initiated the corporation, and Attorney- General Avichai Mandelblit, who was weakened by giving his stamp of approval to a deal that looked so bad.But the biggest loser was Yesh Atid chairman Yair Lapid. He may be helped by having a relatively clean image, but a week after scoring a fawning interview in Politico under the headline, “The Man Who Would Beat Bibi,” Lapid apparently will have to wait a long time for the next general election.