Analysis: Spotlight on corruption casts a shadow over Liberman again

Monday’s indictments indicate that this corruption probe is different from all the others. 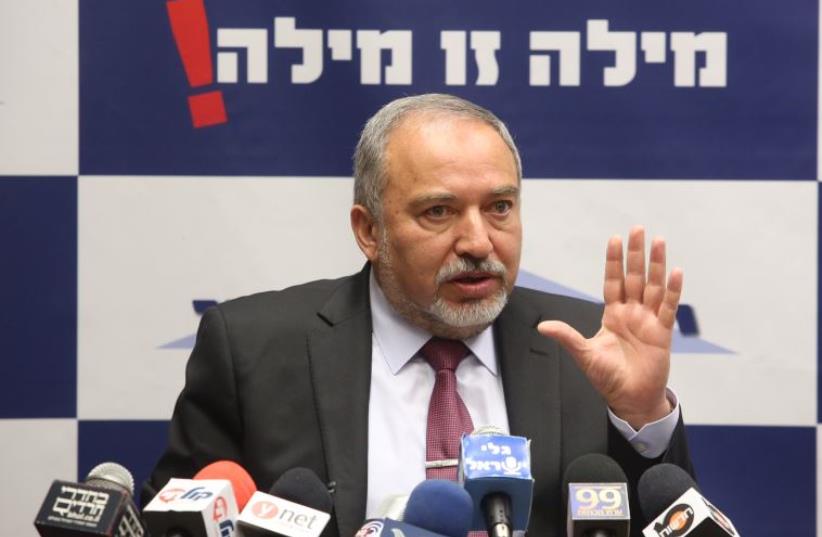 Yisrael Beytenu MK Avigdor Liberman ‏
(photo credit: KOBI ZOLTAK)
Advertisement
Somewhere in Washington on Monday, an unemployed man must have been smiling with satisfaction.Former defense minister Moshe Ya’alon is in America’s capital, completing a short fellowship at the Washington Institute ahead of his return to Israel for the upcoming High Holy Days.Ya’alon quit the cabinet in May when Prime Minister Benjamin Netanyahu decided to give his job to Yisrael Beytenu leader Avigdor Liberman, who brought his party into the coalition. Now while Ya’alon can relax and worry only about what gifts to bring his family home from America, Liberman has to be concerned that his political future could be in doubt.Law enforcement officials have been trying to bring Liberman down almost nonstop since he emerged on the political scene as the top aide of Netanyahu in the mid-1990s. There have been several overlapping investigations since then that never led to a conviction.Whenever a new probe was announced or advanced, it always seemed to occur immediately ahead of a general election, often while Liberman happened to be in the middle of addressing his party activists.The probe that led to a whopping 16 indictments Monday was no exception.It was announced at the start of the 2015 race and undoubtedly contributed to the party’s poor showing in the election. Liberman scrapped a planned leftward shift during the campaign and instead scrambled to keep together his base of immigrants from the former Soviet Union.At the time, Liberman downplayed the investigation, promising that the probe would amount to nothing, just like all the others. Like other investigations, it reinforced a feeling among Russian-speaking voters that they were unfairly being targeted by law enforcement officials, which helped Yisrael Beytenu win their support.But Monday’s indictments indicate that this probe is different from all the others. Its massive scale proves that the investigators did their homework and left no stone unturned.Sixteen indictments in one case make it one of the largest corruption scandals in Israel’s storied history of countless political scandals.The case has everything from drugs to money to abuse of power in the most cynical manner.A minister is alleged to have sent a staffer to buy him cocaine in a foreign country and a deputy minister is accused of accepting bribes from the national agency that fights against drugs.Lawyers downplayed the case, as they are paid to do.But a scandal of this magnitude cannot be swept under any rug.What also makes this probe different from all the others that have hit Yisrael Beytenu over the years is that Liberman’s name is not mentioned. He is the proverbial elephant in the room that is not in the document.While it is possible that Liberman is not connected to the scandal in any way, the state prosecution promised Monday that the investigation is only beginning.That was a nice way of warning Liberman that he cannot sit comfortably in Defense Ministry headquarters in Tel Aviv.Liberman could be brought into the case at any point with great fanfare, perhaps once again just ahead of the next general election.By then, Ya’alon will be back home in Israel. And his smile will be even bigger.