Analysis: What Netanyahu hopes to gain from his meeting with Obama

For the time being, before Netanyahu and Obama get down to brass tacks, the two leaders are thinking of the photo op in the Oval Office. 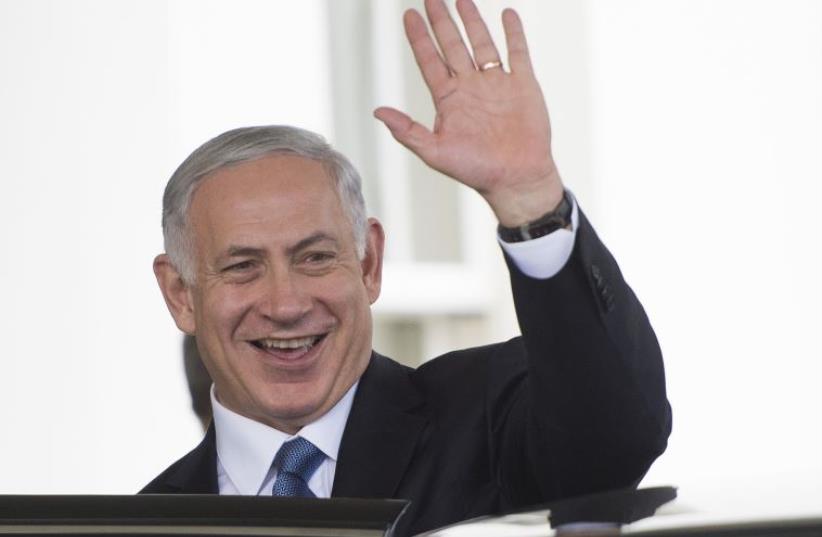 Prime Minister Benjamin Netanyahu waves after meeting President Barack Obama at the White House in Washington, October 1, 2014
(photo credit: AFP PHOTO)
Advertisement
"It is difficult to overstate the importance of this meeting," a senior Israeli government official said this week when asked about the upcoming meeting Monday between Prime Minister Benjamin Netanyahu and US President Barack Obama. "Netanyahu and Obama have met dozens of times already, but this meeting is the most important one of all."This is the sentiment shared by many of the aides and officials who have worked in preparing the groundwork for the meeting. The dust has yet to settle from the Obama-Netanyahu grudge match over the nuclear agreement signed between Iran and the P5+1 powers. Nonetheless, perhaps because there simply is no other choice for either the occupants of the Oval Office and the Prime Minister's Office, there is an effort to get on the same page and walk the path of reconciliation. Netanyahu hinted at this approach in his speech before the United Nations General Assembly, and the Americans were happy to adopt it as well. A senior official in Washington said that there needs to be a distinction made between the personal relationship between the president and the prime minister - which remains poor and apparently irreparable - and the ties between the two countries, which are stronger than the personalities leading them."Although Netanyahu has brought the US-Israel relationship to an all-time low, Obama did make a promise to members of Congress during the fight over the Iran deal that he would compensate Israel," said the official. "That's why he's approaching this meeting with Netanyahu with a mindset of being committed to Israel, but, more than that, being committed to members of Congress and the Senate."While Netanyahu will demand a handsome compensation package in the form of a boost in defense aid, he is also expected to be armed with a diplomatic wish list that includes support for international efforts to combat Iranian-funded terrorism in Syria, Lebanon, and Gaza, and support for Israel's efforts to quell Palestinian terrorism and incitement.Aside from meeting Obama, Netanyahu also plans to devote some time and attention during his US trip to two other areas that were adversely impacted by the debate over the Iran deal - Israel's relationship with the American Jewish community, and the internecine Jewish infighting over the Iran deal. During his upcoming trip, the prime minister wants to placate all sides in the debate and to also give equal time to Republicans - the camp with whom he is most aligned - and Democrats.Before his meeting with Obama, Netanyahu will receive an award from the American Enterprise Institute, a neoconservative think tank that has been harshly critical of Obama. After his meeting with the president, the premier is scheduled to appear at the Center for American Progress, where he will discuss the Palestinian question and US-Israel relations. By visiting two think tanks that espouse diametrically opposite viewpoints, Netanyahu hopes to bring a message of reconciliation after the aggressive campaign he waged against the Iran nuclear agreement. By making these appearances, which includes an address to the United Jewish Federations of North America, the premier is banking on repairing the damage that was done in recent months.For the time being, before Netanyahu and Obama get down to brass tacks, the two leaders are thinking of the photo op in the Oval Office. This is the moment when the two men will shake hands and smile for the cameras, the first step in repairing the ties between the two countries.