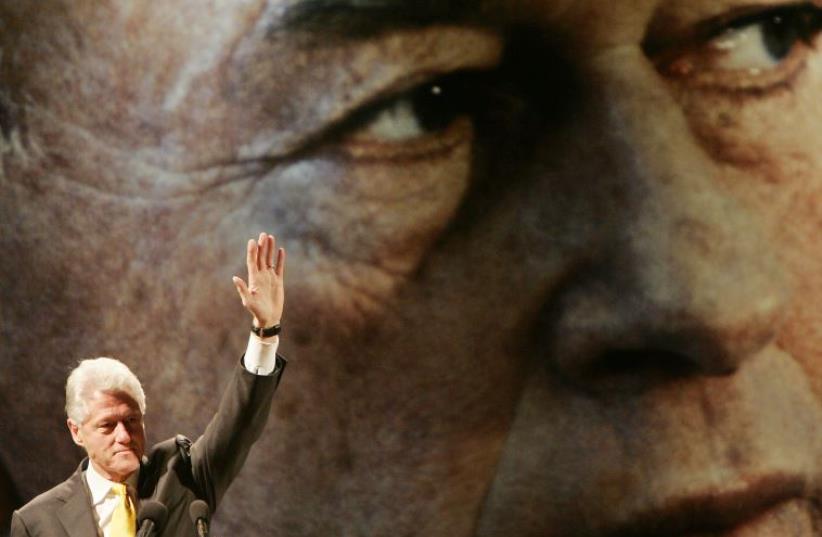 Bill Clinton addresses a rally in Tel Aviv to remember Yitzhak Rabin in 2005
(photo credit: REUTERS)
Advertisement
Former US president Bill Clinton is scheduled to participate in next Saturday evening’s memorial rally to honor slain prime minister Yitzhak Rabin in Tel Aviv’s Rabin Square.This year marks the 20th anniversary of the Rabin assassination at the Kings of Israel Square, which was renamed Rabin Square in his memory.Clinton, who was in office when Rabin’s final term in office was cut short by his assassination at the hands of a far-right Jewish nationalist in 1995, is due to address the rally.Clinton and Rabin developed a close working relationship as well as a warm personal bond, which the former US president spoke of during his famous eulogy for the former general on Mount Herzl days after the assassination.President Reuven Rivlin and Rabin’s daughter, former deputy defense minister Dalia Rabin, are also scheduled to speak.Rabin was gunned down following an appearance at a Tel Aviv peace rally by Yigal Amir, who was opposed to the government’s negotiations with the Palestinians.