"It is a legitimate political stance not to want to provide services in settlements," Joint List MK says in opposition to bill. 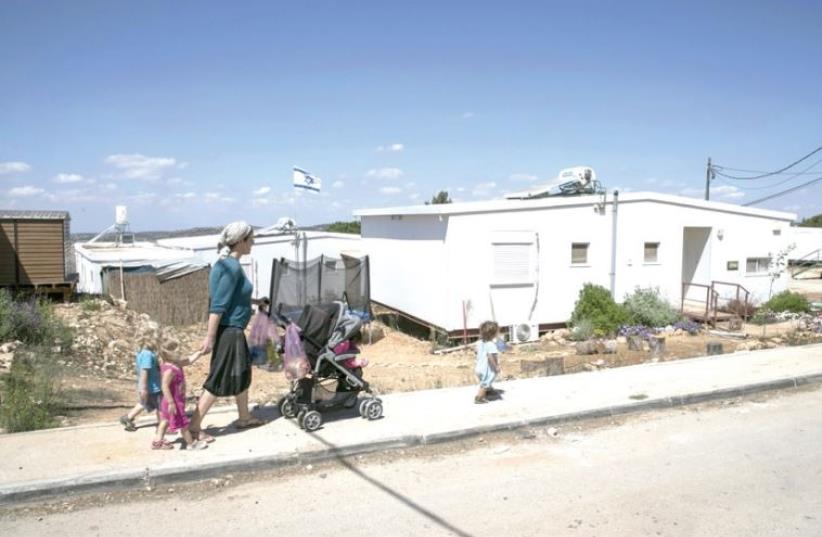 The Gevaot outpost near Bethlehem, in the West Bank
(photo credit: REUTERS/BAZ RATNER)
Advertisement
The Knesset approved legislation seeking to fight location-based discrimination in a preliminary reading Wednesday.The bill, proposed by MK Shuli Moalem-Refaeli (Bayit Yehudi) states that customers who face location-based discrimination could sue businesses for up to NIS 50,000, without proof of damages."Whoever lives over the Green Line," Moalem-Refaeli, who lives in Gush Etzion, said, "knows well the policies of many companies that deliver products or provide services and discriminate against a broad population group...based on the customers' place of residence."The Bayit Yehudi MK said that residents of Arab villages and people living in remote areas of the periphery often face the same problem.MK Youssef Jabareen (Joint List) mockingly asked Moalem-Refaeli: "Now you care about equality?""If this proposal was limited to within the Green Line, not the occupied territories, we would have supported it," he stated. "Most of the people who need this bill are settlers, and it is a legitimate political stance not to want to provide services in settlements."Moalem-Refaeli said the Joint List's opposition to the bill is "ridiculous and proves they are playing political games and not representing the people who voted for them."The bill would apply to businesses with at least 100 employees that say they provide services throughout the country, such that it would not apply to small businesses, but to large chains and companies.Such a company could face a lawsuit if they provide services in one location, but not another that is equidistant from it.An exception would be made in cases of serious security concerns.