He told the thousands of people that he imagined how in a few short years he would be able to state: “We promised the imposition of sovereignty in Judea and Samaria – and we kept our promise." 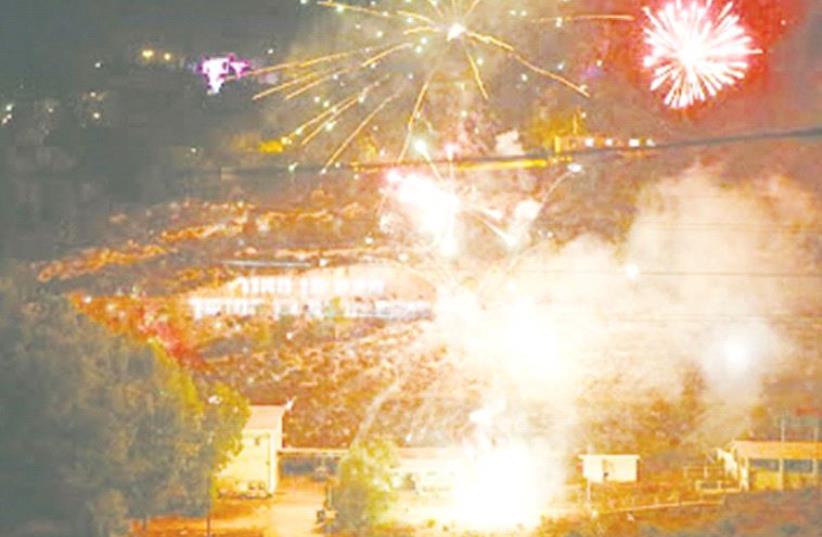 KEDUMIM CELEBRATES its 40th anniversary on Tuesday night
(photo credit: MIRI TZACHI)
Advertisement
Education Minister Naftali Bennett (Bayit Yehudi) called for the annexation of Area C of the West Bank at a celebratory event to mark the 40th anniversary of the Kedumim settlement.“There is a special air of prophecy here,” Bennett said.He told the thousands of people who had gathered at the Tuesday night event that he imagined how in a few short years he would be able to state: “We promised the imposition of sovereignty in Judea and Samaria – and we kept our promise.”No one believed, when Kedumim was first built, that one day people would gather to celebrate four decades of its existence, Bennett said.“The time has come for sovereignty,” said Bennett as he explained that there is no difference between Kedumim and the Tel Aviv suburb of Ramat Aviv.“The fate of Kedumim is the fate of Ramat Aviv [in Tel Aviv],” he said.The settlement, which was formerly established in 1977, began one year earlier, after a battle that began in 1974 by the Gush Emunim movement to establish a community on the site of the former train station of Sebastia.Eventually, a compromise was reached to relocate the community to its current site. The battle for Sebastia is seen as one of the watershed moments in the history of Judea and Samaria that paved the way for the building of settlements in the West Bank.Culture and Sport Minister Miri Regev (Likud) lauded the courage of those first pioneers and the families that came afterward to live in the community, which now numbers over 4,100 people.She urged them to ignore their opponents and to stay focused on their end goal.Regev promised to support the growth of arts and sports in the settlement and to financially penalize any cultural organization that refuses to visit Kedumim.She promised that when they celebrated their anniversary in 10 years, “there won’t be a Palestinian state here, and there will be a million Jews in Judea and Samaria.”