Clinton: I won't shrink from military action against Iran if needed

In a speech to a Washington think tank, the former secretary of state reiterated her support for the accord but cautioned that she would take an approach of "distrust." 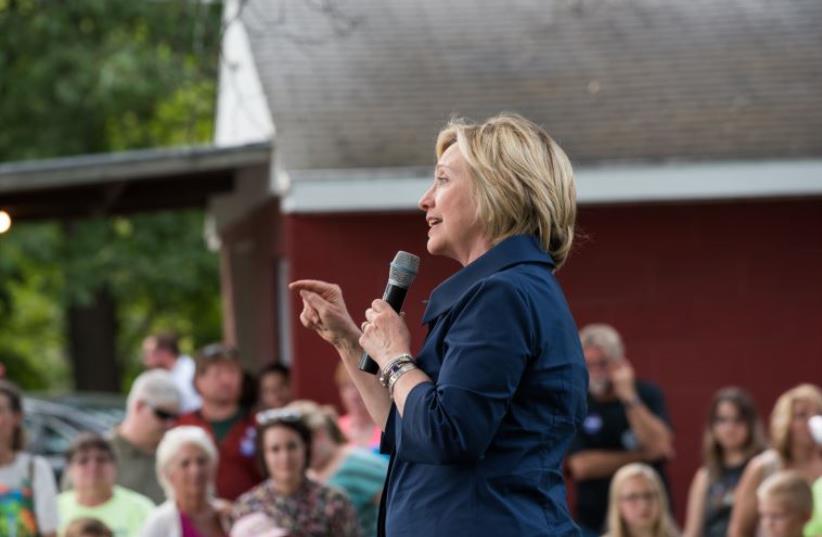 Hillary Clinton during a campaign stop
(photo credit: Courtesy)
Advertisement
WASHINGTON - Democratic presidential front-runner Hillary Clinton vowed on Wednesday not to shrink from military action against Iran if it tries to obtain atomic weapons and threatened to impose penalties on Tehran for even for small violations of its nuclear deal with world powers.In a speech to a Washington think tank, the former secretary of state reiterated her support for the accord but cautioned that she would take an approach of "distrust and verify" toward Iran if she won the November, 2016 presidential election."As president, I will take whatever actions are necessary to protect the United States and our allies. I will not hesitate to take military action if Iran attempts to obtain a nuclear weapon," she said.Clinton expects the Islamic Republic will try "to see how far they can bend the rules" of the agreement it reached in July with the United States and other major nations including Russia and China."I'll hold the line against Iranian noncompliance. That means penalties even for small violations," she said.In tough comments, Clinton said "there is absolutely no reason to trust Iran" given its history of concealing aspects of its nuclear program and destabilizing the Middle East.Iran denies its nuclear program is aimed at producing weapons.America's top diplomat from 2009-2013, Clinton has a stake in the Iran deal succeeding. She helped lay the groundwork for it by building support for sanctions that the Obama administration credits with bringing Tehran to the negotiating table.She said she was then involved in the early stages of opening a secret diplomatic channel to Iran via the sultan of Oman.As the race for the White House intensifies, Republicans want to show that the Iran accord proves Clinton was ineffective in office and made the world less secure."Hillary Clinton's central role in crafting this dangerous agreement is one of the many examples of her failed record as Secretary of State," Republican National Committee Chairman Reince Priebus said in a statement.Congress is expected to begin voting this week on a Republican-led measure to block the deal, which is aimed at preventing Tehran from obtaining a nuclear weapon.But President Barack Obama has enough support in the Senate to prevent lawmakers from derailing it. Republicans and some Democrats believe the deal is not strict enough, and the main Republican candidates say they will scrap it should one of them win in 2016.