Cyprus President Nicos Anastasiades to be hosted by Rivlin

Anastasiades is also set to meet with Herzog, Hotovely and Steinitz. 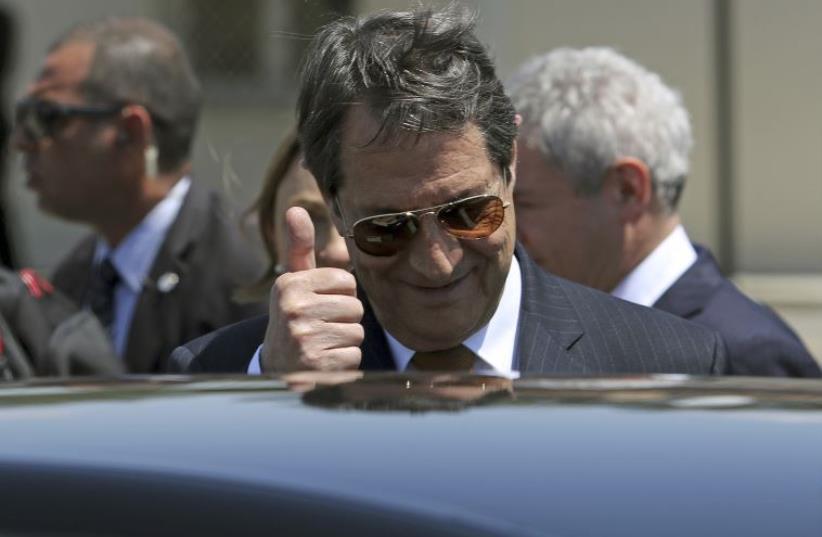 Cypriot President Nicos Anastasiades
(photo credit: REUTERS)
Advertisement
Cyprus President Nicos Anastasiades has the distinction of being the first head of state to be hosted by President Reuven Rivlin.  No other head of state has visited Israel during the period of almost a year in which Rivlin has been president.Anastasiades and his wife Andri , who arrived in Israel on Sunday, are accompanied by Foreign Minister Ioannis Kasoulides, Minister of Energy, Commerce, Industry and Trade Yiorgos Lakkotrypis Government Spokesman, Nicos Christodoulides, and other senior government officials. Prior to beginning his state visit on Monday, Anastasiades met in Jerusalem with Greek Patriarch Theophilos III.
Anastasiades previously visited Israel in May 2013. In June 2014 he invited Prime Minister Benjamin Netanyahu to visit Cyprus.  Although Netanyahu had intended to honor the invitation, the visit was delayed due to Knesset elections.In meetings with Israeli dignitaries including Netanyahu, opposition leader Isaac Herzog, Deputy Foreign Minister Tzipi Hotovely, Minister for National Infrastructure, Energy and Water Resources Yuval Steinitz and Tourism Minister Yarin Levin, Anastasiades and his entourage will discuss energy issues, defense, economy, tourism and regional developments, specifically with regard to Iran.The delegation is due to return to Cyprus on Tuesday.