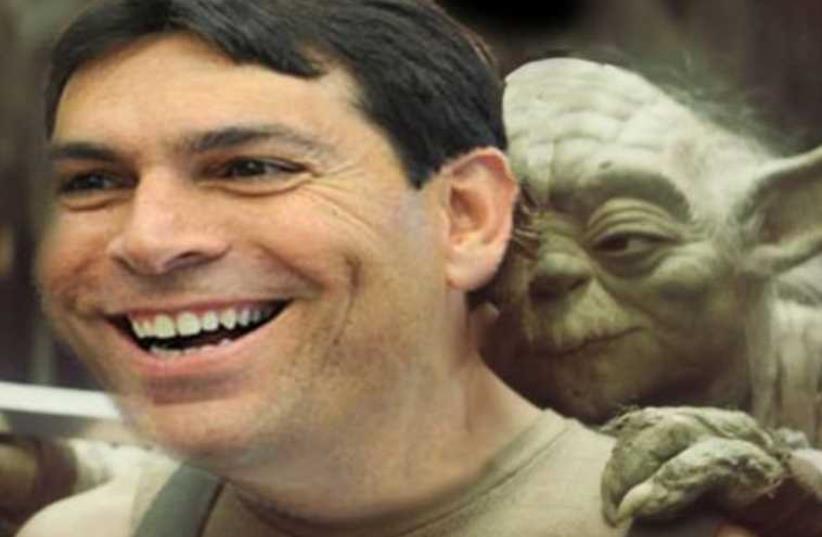 Danny Danon minister of space
(photo credit: FACEBOOK)
Advertisement
The appointment of Danny Danon as Israel’s minister of science, technology, and space elicited criticism as well as biting political satire on social media.At least two Hebrew Facebook pages spoofing Danon attracted over 11,000 likes shortly after its creation.His new title prompted an Israeli Facebook user to create a page using colorful memes and humorous Photoshopped images showing Danon in various “space-like” contexts from popular culture.“Space, the final frontier,” read the description on the page, borrowing it from the famous line from the hit TV show Star Trek. These are the voyages of Danny Danon. His mission: to explore strange new worlds, to seek out new life and new civilizations, to boldly go where no man has gone before.”In one photo, Danon is seen with his new "deputy minister," Yoda from Star Wars. In another, Danon's image is imposed on that of David Bowie from the iconic album cover Aladdin Sane.

“If I had to see what people were saying about me on social media every day, I wouldn’t get up in the morning,” Danon told Army Radio when asked about the memes. “There’s a good deal of patronizing toward the new government,” he said. “We were elected and we received a public mandate, so let us work. If you tell us that we failed in our jobs in months from now, then it will be legitimate.”The Facebook page titled "Danny Danon - Minister of Space" was created by Nimrod Zook, Raz Tsipris and their friends.
Advertisement
Subscribe for our daily newsletter