Russia, which holds veto power at the council however opposes taking measures against Iran. 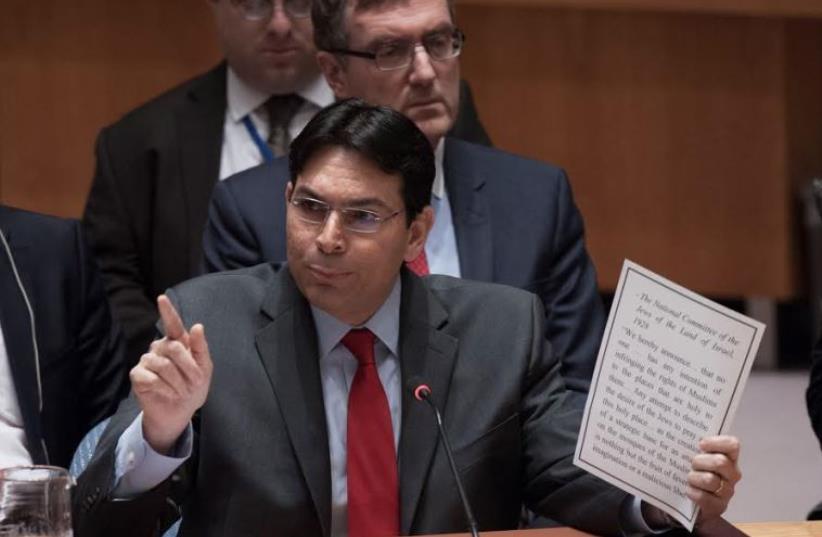 Danny Danon addressing the UN Security Council, October 22, 2015
(photo credit: UN PHOTO/KIM HAUGHTON)
Advertisement
NEW YORK – “Ignoring Iran’s violations will give a green light for continuing nuclear missile tests,” Ambassador to the United Nations Danny Danon said on Monday prior to an emergency session of the UN Security Council focusing on Iran’s recent ballistic missile launch test.“History has taught us that we cannot bury our heads in the sand, action must be taken against Iran.”Danon sent an urgent letter to members of the Security Council on Saturday, calling for them to condemn Iran’s actions.In the letter he pointed out that the missile test is “a gross violation” of Security Council Resolution 2231, which endorsed the nuclear agreement between Iran and the P5+1 group and restricts Iran from launching missiles capable of carrying a nuclear warhead.Danon noted that the phrase “Israel must be wiped off the face of the earth” was written on the side of the missiles and that Islamic Revolution Guards Corps Brig.-Gen. Amir Ali Hajizadeh declared that Iran’s missile arsenal can cover all of Israel’s territory.“If on it was written that England, France, Japan, or any other country, must be removed from the earth, would the Security Council sit silently?” Ambassador Danon asked during his speech on Monday, calling on the Security Council to enforce its resolutions and take “punitive measures against the Islamic Republic.“We will always defend ourselves when threatened,” he said. “But today you must hold Iran accountable and take concrete steps against their violations and their acts of aggression towards.”The Security Council’s meeting on Monday ended without major decisions.The United States, France and other countries have already said that if the missiles are confirmed as nuclear-capable, the tests, conducted last week would violate UN Security Council resolution 2231, which should lead to sanctions.Russia, which holds veto power at the council however opposes taking measures against Iran.The country’s representative at the UN, Vitaly Churkin, said the missile tests do not violate any resolution. “The clear and short answer is no,” he said.