Bennett on Monday told Army Radio that the Israeli military needed to embark on a widescale operation similar to Operation Defensive Shield in 2002. 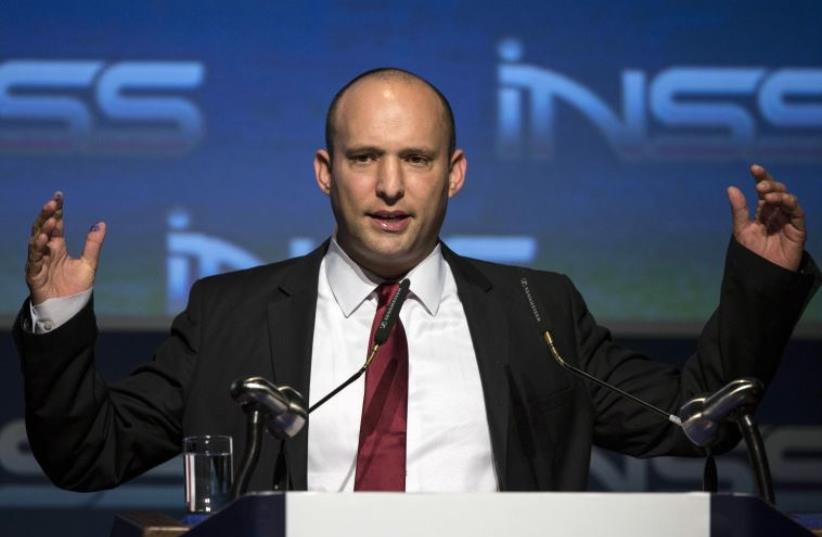 Naftali Bennett
(photo credit: JACK GUEZ / AFP)
Advertisement
A top security official is quoted as telling Army Radio on Tuesday that Education Minister Naftali Bennett is "a messiah claimant" and "an inciter" for his criticism of the military's failure to curb Palestinian terrorism.Bennett on Monday told Army Radio that the Israeli military needed to embark on a widescale operation similar to Operation Defensive Shield in 2002 in order to to put an end to Palestinian terrorism against Israeli civilians in the Gush Etzion and Hebron regions.The comments by Bennett angered defense officials, one of whom told Army Radio that the education minister "is using Defensive Shield as a slogan.""When we have intelligence, the army takes action," the official said. "This is a completely different situation than the one we experienced during the time of Defensive Shield.""These statements are made by people (Bennett) who are messiah claimants and inciters," the official said. "It confuses the public, as if we have a government of wimps that isn't taking action against terrorism.""This is a repeat of the same mistakes made during Operation Protective Edge," the official said. "To say that this is irresponsible is putting it mildly."Bennett was criticized last year for the vocal manner in which he panned the government's operations against the Hamas-ruled Gaza Strip.