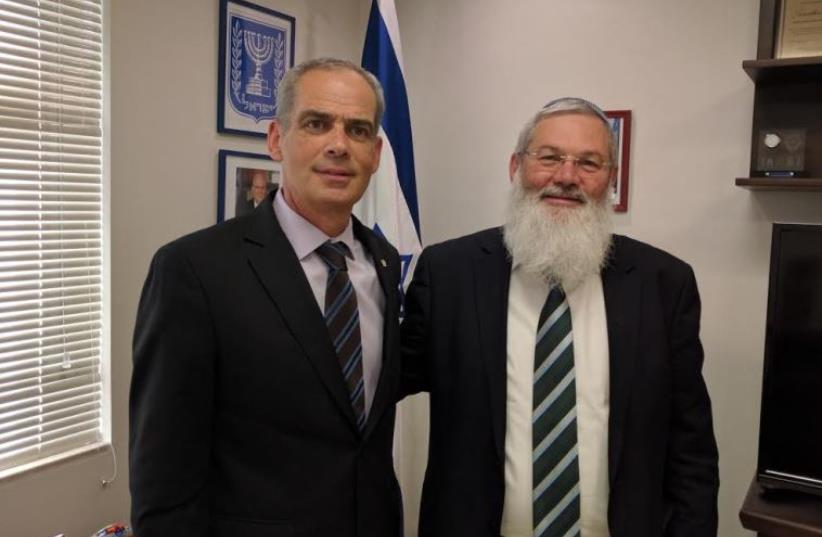 Deputy Defense Minister Eli Ben Dahan (R) and Israeli ambassador to Mexico Jonathan Peled
(photo credit: Courtesy)
Advertisement
Deputy Defense Minister and Bayit Yehudi MK Eli Ben-Dahan completed a visit to Mexico on Wednesday, having conducted several diplomatic meetings and began preparations for a future Presidential visit by the Mexican head of state to Israel.Ben-Dahan liaised with the Israeli ambassador Jonathan Peled on this and other issues, and also held meetings with several Jewish leaders in Mexico city, discussing the high level of attendance by Jewish children at Jewish schools and the community’s extremely low level of inter-marriage. Ben-Dahan visited various Jewish institutions in the city, and was also present for the local community’s Holocaust Memorial Service. The Deputy Minister also took part in an event in which Jewish and non-Jewish children studied together about the Holocaust over a period of several months, in which they learnt about literature from the era and discussed together the lessons needed to be drawn my the international community from the genocide.