Diplomacy: Bless the rains down in Africa

Netanyahu had to enjoy himself on his African tour this week, where Israel’s stock is on the rise, the diplomatic process is just an afterthought, and no one seems to care about settlements. 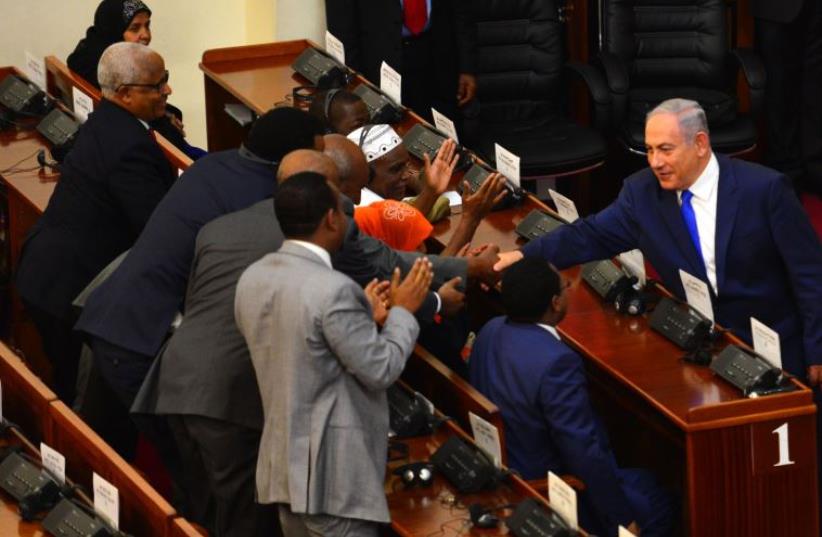