Don’t cry for me, Arye Deri 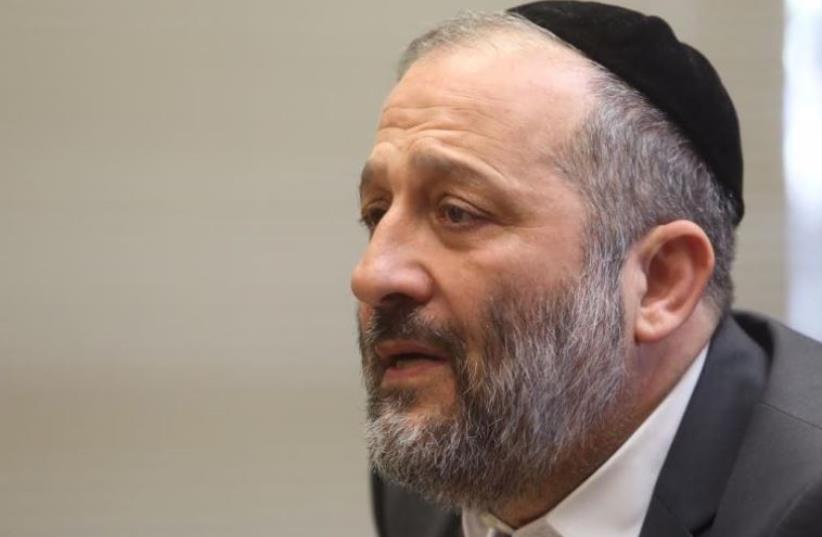 Arye Deri.
(photo credit: MARC ISRAEL SELLEM/THE JERUSALEM POST)
Advertisement
The death of revered former chief rabbi Ovadia Yosef, the renowned halachic authority and Shas spiritual leader, prompted outpourings of grief from large sectors of the population when he died in 2013.But in trying to recreate his grief, Shas political leader Arye Deri needed the not inconsiderable help of a stage prop, in this case a potent onion, to conjure the tears required to make his sorrow sufficiently compelling.In a video broadcast by Channel 2 on Sunday and filmed before the last elections in 2015, Deri can be seen in an unflattering and even comical attempt to draw tears as he seeks to record a video together with singer Benny Elbaz.Unfortunately, the hopedfor sorrow and lachrymosity was spoiled somewhat by Deri’s inability to cry on demand over the departed rabbi. To remedy the situation, an assistant of Deri brought along an onion to help his tearless leader.At first even the onion wasn’t sufficient and Deri complained that the onion was no longer fresh, but after a couple of tries the tears began to flow, and the wily politician resumed his mournful lamentations of the late rabbi.This is not the first time Deri has been embarrassed by videos about Yosef. In late 2014 before the election, a video was leaked in which Yosef expressed dissatisfaction with Deri as the political leader of Shas, saying he was “too independent” and asserting that Deri was “an evil man.”