Barak: Netanyahu is on his way out

Barak also spoke of the expected deal between Israel and the United States and said Netanyahu's behavior during the negotiations brought severe damage upon Israel. 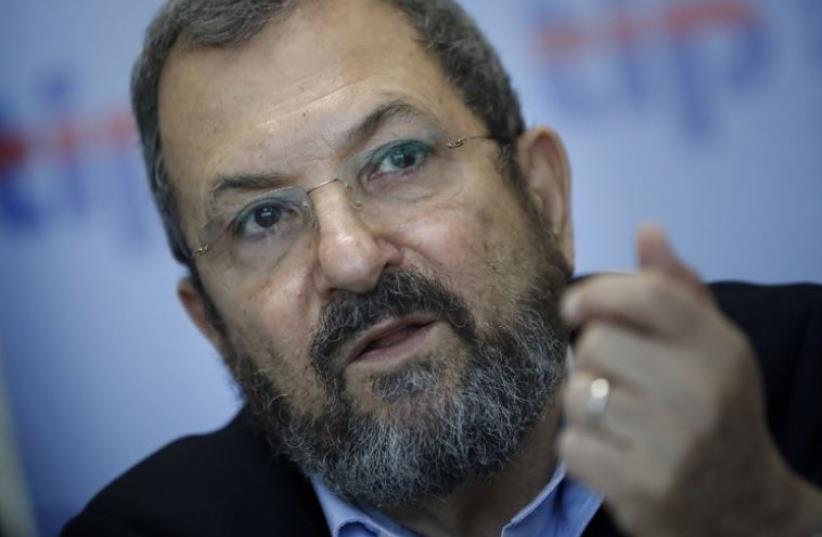 Former prime minister Ehud Barak
(photo credit: AFP PHOTO)
Advertisement
Former prime minister Ehud Barak issued a scathing attack Wednesday on Prime Minister Benjamin Netanyahu, accusing him of being a weak and paranoid leader of a government that harms the security of the state.Speaking at an event of the anti-Netanyahu organization Darkenu in Rishon Lezion, Barak accused Netanyahu of making decisions based on his own personal considerations, rather than the good of the country. Barak said Netanyahu's continued rule was the "sparks of Fascism.""The countdown to the end of Netanyahu's tenure has begun, and I think he understands that," Barak told the crowd.Barak blasted Netanyahu for his handling of the new defense aid package from the United States. He said that due to Netanyahu's poor relationship with US president Barack Obama, Israel would receive $3.8 billion in aid instead of 4.5 billion, and the aid will be conditioned on not asking Congress for several million dollars more Israel receives every year."The failure was known from the start and it is unforgivable," Barak said. "What was in Netanyahu's head? We knew the Iran deal was bad and signing it was a mistake, but any other prime minister would have handled things differently behind closed doors to minimize the damage to Israel."Barak said he did not believe harsh criticism of the deal on its one-year anniversary by Defense Minister Avigdor Liberman was not coordinated with Netanyahu. He said Liberman's attack sounded like it was copied from Netanyahu's past statements.As fellow former defense minister Moshe Ya'alon said Tuesday, Barak stated with confidence that neither Iran nor any other country current poses an existential threat to Israel.Barak also complained that Netanyahu has not taken action to stop his ministers from speaking out against freedom of the press and to prevent his Likud from allowing controversial rapper Yoav “Hatzel” (The Shadow) Eliasi into the party."What is he afraid of?" Barak asked. "The prime minister is afraid of a shadow of himself."The Likud said in response that Barak is the last man who could scold Netanyahu after Barak promised Israel a huge sum from the US for withdrawing from Lebanon in 2000 that was never delivered. The party said the withdrawal strengthened Iran and Hizbullah.
Barak participated on a panel with the late Shas mentor Rabbi Ovadia Yosef's daughter Adina Bar-Shalom and Yeroham mayor Michael Biton. Bar-Shalom hinted she could enter politics."I am busy with my work," she said. "If I see that politics will help me with my work, I will join, despite the difficulties involved.
Biton said the Left needed to connect better to all sectors of the population."If in any peace plan, 80% of the settlers stay, 70% of them are not our enemies," he said.Darkenu goes door to door and does events nationwide raising support for replacing Netanyahu. Its slogan that was the banner at the event was "The moderate majority awakens."