'Facebook, Google are part of the problem in Israel's war on terror'

Public security minister made the remarks during the JPost annual conference in New York. 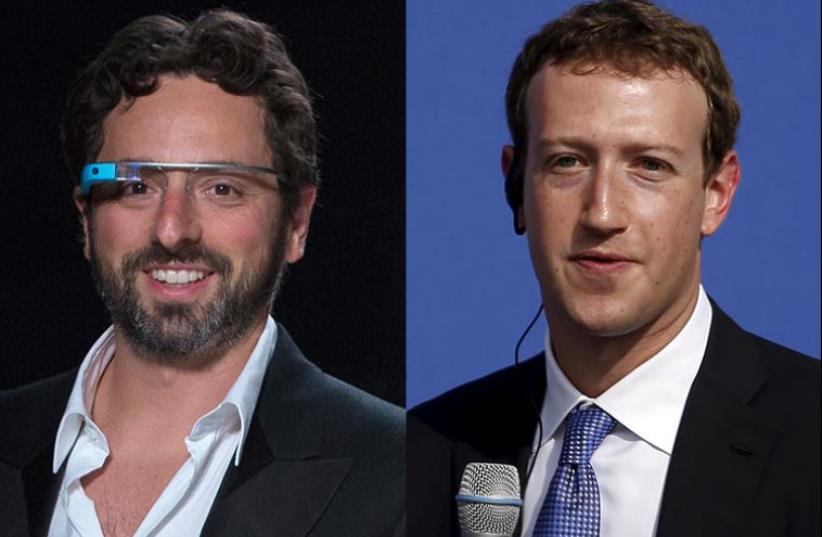 Sergey Brin and Mark Zuckerberg
(photo credit: REUTERS)
Advertisement
The Israeli government will pass legislation against social media and Internet giants like Facebook and Google if they do not take steps to curb anti-Israel “incitement,” Public Security Minister Gilad Erdan told The Jerusalem Post Annual Conference in New York on Sunday.Erdan made the remarks during a speech in which he outlined the challenges faced by Israel and its supporters in dealing with the Boycott, Divestment, and Sanctions movement.“Social media companies are happy to use the data they collect on all of us to make money, but unfortunately not to help stop terror,” the minister said.Earlier this year, the Foreign Ministry called on governments around the world to regulate social media in order to combat anti-Semitism and violent incitement, reiterating the government’s support last year for Internet censorship during an anti-racism conference.Speaking at the annual gathering of the Conference of Presidents of Major American Jewish Organizations in Jerusalem, Akiva Tor, the director of the Foreign Ministry’s Department for Jewish Communities, stated that while the issue is certainly controversial for Americans, it is important to discern the nature of the Internet and to act accordingly.“What is YouTube? What is Facebook? What is Twitter? And what is Google?” he asked. “Are they a free speech corner like [London’s] Hyde Park or are they more similar to a radio station in the public domain?” Referring to cartoons of Palestinians killing Jews and other such material circulating online, Tor asked why platforms such as Google search, You- Tube, Facebook and Twitter are “tolerating” violent incitement and “saying they are protected in a holy way by free speech.”“How is it possible that the government of France and the European Union all feel that incitement in Arabic on social media in Europe calling for physical attacks on Jews is permitted and that there is no requirement from industry to do something about it,” he continued, adding that Israel is working with European partners to push the technology sector to adopt a definition of anti-Semitism so its constituent companies can “take responsibility for what they host.”Tor also took issue with Facebook for its position that it will take down material that violates its terms of service following a complaint, asking why the social-networking giant cannot self-regulate and use the technology at its disposal to identify and take down offending content automatically.“If they know how to deliver a specific ad to your Facebook page, they know how to detect speech in Arabic calling to stab someone in the neck. It is outrageous [that technology] companies hide behind the First Amendment. Industry won’t correct itself without regulatory requirements by governments,” he asserted.“These companies must recognize that their platforms are used as a tool of terror,” Erdan told the JPost conference on Sunday. “I call on Mark Zuckerberg, Larry Page, Sergey Brin and their colleagues to take the initiative to monitor and remove this incitement on their own. If they refuse and continue to ignore their role in promoting incitement, governments must pass legislation forcing them to do so.” “Today they are part of the problem,” Erdan said. “They must become part of the solution.”Erdan said that anti-Israel incitement on social media has fueled the latest wave of Palestinian violence that has claimed the lives of over three dozen Israeli Jews in recent months."For many years we have seen that this incitement is also widespread in Palestinian schools, universities and official media channels," he said. "This incitement glorifies terror and encourages violence, even teaching children as young as kindergarten to stab Jews.""As a human being and a father of four, I am sickened at the thought of children being taught violence, not peace; to hate, not to love." "Friends, teaching hate will never lead to peace."Erdan said that the government has taken steps against incitement on social media, crediting these moves as a key factor in the drop in violence in recent weeks. "We are making progress in combating this wave of violence and incitement," Erdan said. "We have developed systems to identify potential lone-wolf terrorists from their social media posts, we increased the number of police officers in Jerusalem to enhance both prevention and deterrence, and we outlawed Islamist groups who are inciting violence, such as the Northern Branch of the Islamic Movement."