He might be wealthy & not afraid to curse in public, but the comparisons stop there, damn it. 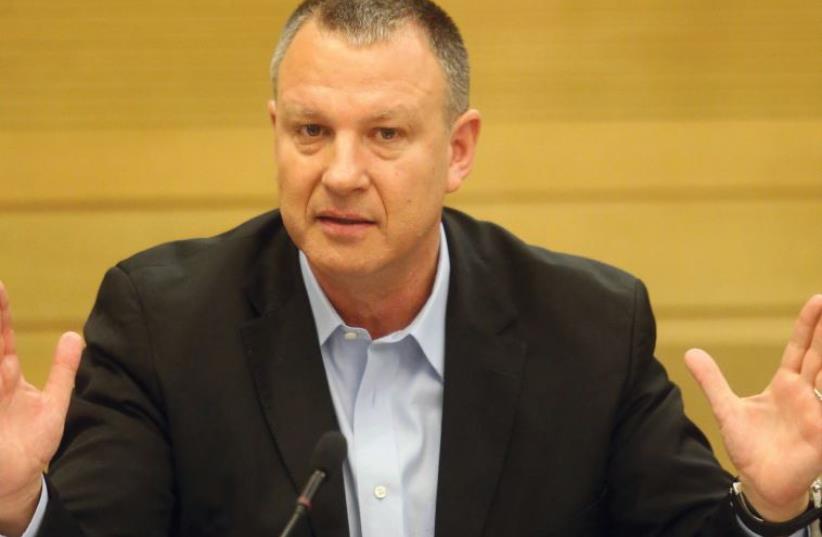 EREL MARGALIT: ‘Donald Trump built his business with casinos and real estate. I built my companies by employing young people in the periphery. I use tough language against racism. He uses tough language in making racist remarks.’
(photo credit: MARC ISRAEL SELLEM)
Advertisement
He made a fortune before entering politics.He is charismatic, confident, and uses strong language to attract attention.And he is doing better politically than anyone would have expected several months ago.But the comparisons between Labor Party leadership contender Erel Margalit and Donald Trump stop there. Or at least they better, if you want to stay on Margalit’s good side.“The comparison is unfair,” Margalit said. “Trump built his business with casinos and real estate. I built my companies by employing young people in the periphery. I use tough language against racism. He uses tough language in making racist remarks.”With more than NIS 200 million from a successful venture capital career, including leading 17 companies to exits, Margalit has been called the Knesset’s richest MK by Forbes. But he is more proud of Bakehila (In the community), the program he started to help disadvantaged children.Trump’s sons once sought after Margalit to invest in their business interests. But he instead put his business interests on hold and entered politics.He ran unsuccessfully for the Labor leadership in 2011, won a Knesset seat in 2013, and the latest poll among Labor voters shows that he would finish second to MK Shelly Yacimovich if a race would be held now, which if there are multiple candidates would force a runoff between the two of them that would leave out incumbent Isaac Herzog.“There is nothing wrong with making money in the private sector and then entering politics,” Margalit said. “This country is better for it.”Herzog entrusted Labor secretary- general Hilik Bar to find a compromise date for the next Labor leadership race by next week. Margalit and other challengers want the race held as soon as possible, while Herzog wants it as late as possible.Senior Likud officials close to Prime Minister Benjamin Netanyahu indicated to The Jerusalem Post this week that they hoped the Labor race would be held soon, Herzog would lose, and then become foreign minister as a professional appointment.The headline angered Herzog, who insulted the idea in uncharacteristically poor English in a midnight rant on Twitter, and said in a private conversation three days later that he “does not work for the damn Likud.” One of the Likud officials smiled when he heard about Herzog’s anger, saying “sometimes, the truth hurts.”Margalit said he hoped Herzog stays in the party when he is no longer its leader. He wants the race held soon, “to stop the party from collapsing, rebuild it from scratch, and because when there is bleeding, you need to revive and refresh.” He thinks the most likely date for the race is a year from now.Meanwhile, he has registered more than 50,000 people to the party who will be eligible to vote in the leadership race. He meets prospective members nightly, including frustrated Likud voters and Labor members who are angry at Herzog, Yacimovich, or both.To draw attention to his campaign, Margalit has released videos in which he complains about the country’s problems, especially right-wing extremists. He led an anti-Netanyahu rally under the banner “Give us back the country, damn it.”“Thugs need to be met with strength, verbal or physical, to defend ourselves,” Margalit said, defending his language. “The Israeli street is full of the rhetoric of thugs, and it has taken over the Israeli government.”Margalit cited Bayit Yehudi MK Bezalel Smotrich defended the arsonists of Duma, and Culture and Sport Minister Miri Regev taking photos with the extremist soccer fan group La Familia.“You tell me I use strong language, but it is the reality that is blunt,” he said. “We’re finally going to struggle to get our country back.The extremists are going to get an answer. Someone needs to wake up the moderates. Desperate times call for desperate measures.”The Likud appears to be taking Margalit seriously. The head of the Knesset House Committee, MK Yoav Kisch, will propose a bill in his committee next week that would prevent wealthy politicians such as Margalit, Bayit Yehudi leader Naftali Bennett and Jerusalem Mayor Nir Barkat from spending too much of their own money to give themselves an unfair advantage in a race.Margalit released a statement in response to the bill saying that “Netanyahu’s fear of a political alternative is heartwarming.” He said it was more urgent to prevent Netanyahu from receiving contributions from his American patron Sheldon Adelson and French billionaire Arnaud Mimran – a businessman currently on trial for his role in a massive €283m. fraud case that has rocked France who claims to have given the prime minister €1m. contribution.He also attacked Netanyahu following Wednesday’s Tel Aviv terrorist attack, denouncing what he called the “pathetic public relations shows of the former Mr. Security who is the current prime minister.”Margalit will present a new diplomatic plan that will have economic and security aspects in a June 30 event in Paris with French President François Hollande. Last weekend, he presented a vision for Arab economic development to 10 representatives of Arab countries in Geneva at the office of the chairman of the International Parliamentary Union.He may be far from being Trump, but Margalit also has advice for Trump’s competition in the American election, presumptive Democratic nominee Hillary Clinton.“She needs new ideas for the Middle East,” Margalit said. “Israel and her administration will need to prepare a positive vision for the region, which we haven’t had for a while. Israel should come with significant vision that doesn’t put a dichotomy between Arabs and Jews but rather between extremists and those willing to fight them. That vision needs to be presented in a big way.”