'Europe is not Israel’s enemy'

Luxembourg's FM Asselborn meets with Rivlin after meeting with Netanyahu. 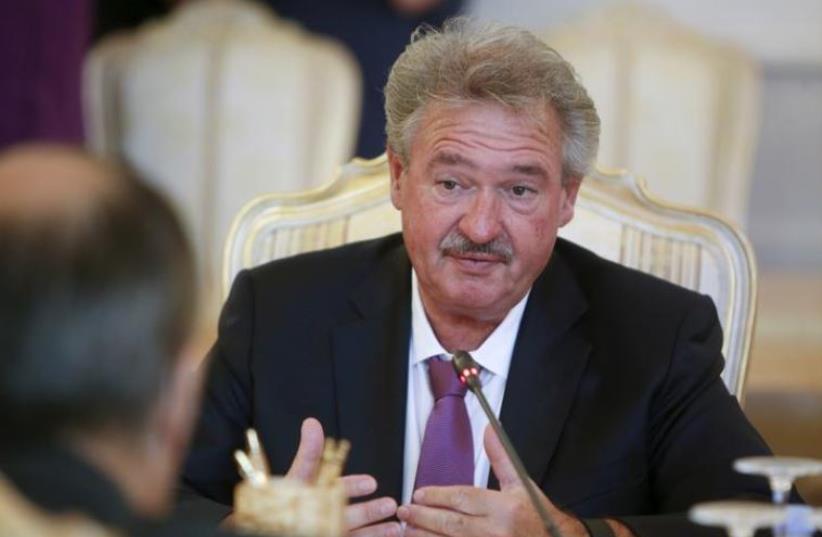 Luxembourg's Foreign Minister Jean Asselborn
(photo credit: REUTERS)
Advertisement
“We in Europe are not enemies of Israel,” Luxembourg’s Foreign and European Affairs Minister Jean Asselborn told President Reuven Rivlin on MondayAsselborn came to Israel on Sunday on a two-day working visit at the invitation of Prime Minister Benjamin Netanyahu who is also Foreign Minister.Prior to his meeting with Rivlin, Asselborn met on Sunday with Netanyahu, opposition leader Isaac Herzog and deputy Knesset Speaker Ahmed Tibi.Because Luxembourg does not have an Embassy in Israel and is represented by the Benelux cooperative union, he was accompanied to all his meetings with Israeli dignitaries by Belgian Ambassador John Cornet.Rivlin, apparently oblivious to threats of resignation and cancelling of the Oslo Accords by Palestinian Authority President Mahmoud Abbas asked Asselborn to try to make Abbas understand that it is to the benefit of both Palestinians and Israelis if an end is brought to the long conflict between them.Rivlin lamented the Palestinian president’s decision to go to the United Nations instead of opting for direct negotiations which Rivlin believes is the only way in which differences between the parties can be resolved.Asselborn said that in all of his meetings in Ramallah and elsewhere with the Palestinian leadership, he had been told that they were ready to negotiate but that first they wanted Israel to stop any further construction in the West Bank. This was crucial both politically and economically, he said.“I can assure you that the settlements are not an obstacle to peace,” declared Rivlin, citing as an example the evacuation from Gaza which had not made any difference to the Palestinian position.Rivlin, a native son of Jerusalem, was likewise adamant that the capital must remain united and not be re-divided.  “To re-divide it is something we cannot accept,” he said. Asselborn also referred to the standard of living and said that the Arabs must have the same level standard of living opportunities as the Israelis.He voiced the hope that the vacuum in the peace process will not continue.When Europe criticizes Israel he said, it is not out of animosity, but because it is trying to move things in a better direction.Rivlin said he was doubtful that Abbas would ever be able to persuade the Palestinian people that Israel is a Jewish State and that the Jews have returned to their homeland.  Until the Palestinians appreciate this fact and give Israelis the dignity of this right, there will be no progress, he predicted.  He conceded that Israel must also give the Palestinians their dignity as human beings.On the Iranian issue, Rivlin drew his guest’s attention to the fact that in the deal made with Iran, the focus had been on preventing the nuclearization of Iran, but there is nothing in the agreement that forces Iran to renounce terror and to stop funding terrorist activities.